Revelation Online has come a long way in a relatively short period of time. Over the last 18 months, since the game was first put before western eyes, there have been nine significant updates - which is to say game nine additions substantial enough to have earned themselves suitably dramatic names.

For the benefit of those who’re new to Revelation Online - yes, this is especially directed towards you, Steam players - we thought it advantageous to go over each of the major updates; highlighting the additions and adaptations made, so you might better appreciate how far the game has come while getting a sense of how quickly it might get to where it’s going… wherever or whenever that might be.

Do you remember what you were doing way back in April 2017? We do, but only because we were enjoying the release of Stardust, the first of Revelation Online’s major code enhancements. The two notable additions to the game it brought with it were guild-PvP map Starshatter Island (now regarded as something of a classic) and Faerie Funland, a charming candy-hued realm of over-sized mini-games that has become a required seasonal stopover for most players since.

Revelation Online took a slightly darker turn with the release of Iceborn in May 2017, with Stardust’s saccharine sweetness toned down a notch and the update angled more towards the PvP crowd. Leading the charge was the new Guild Tournament feature, an extensive battleground template that has since become the de facto arbiter for mass-scale in-game grudges. Also of note was a welcome new trial, Inner Demons and the icy-cold faction battling of Snowpine Peak.

As extensive as Revelation Online has become and as many challenging diversions as there are, sometimes instead of roaming the land and fighting the good fight, all you want to do is stay home, do some light housework and move the furniture about. In August 2017 Safe Haven was the update that made such un-adventurousness possible, providing players with access to homesteads and the means to show their friends just how poor their taste for interior decoration really was.

Serving as a wake-up call to those who had become rather too domesticated in their Safe Havens, Uprising was like having a vindictive personal trainer break into your home and suggesting, in no uncertain terms, that you need to do some exercise. The level cap was raised to 79, the Mech Citadel instance was extended, there were a host of quality of life improvements, and to help players build up a sweat, Uprising came with the punishing Azure Dragon Guild Tournament and Altar of Swords dungeon.

With Uprising hitting the game in September 2017, Revelation Online had received its fourth big update in the space of seven months. There was no let up, however, with Eternal Chasm and its eponymous new multi-tiered instance failing to widen the gap between content releases. Buried within were nine new bosses and a host of other rock hard challenges that mirrored Uprising’s uncompromising stance.

Deployed at the end of November 2017, Shadowblade can almost be looked back upon as the climax of a dark trilogy, thanks to the culmination of the excitement that had been building over the the introduction of a shadowy new player class. The Assassin has since become one of the most popular classes in PvP, thanks to its fast-paced blade attacks and ability to slink in and out of the shadows. With the new option to change classes and with dedicated class areas, Shadowblade was rife with new opportunities.

The final content release of 2017, Oceanview was essentially a follow up to Safe Haven, a bright and sea-breezy expansion to the established player housing system that opened up the market for luxurious seafront properties and suitably flowing accoutrements. Arriving as it did just a few days before gifting season, Oceanview’s change in tone was probably a blessed relief. It was time for Revelation Online players to take some time to refine under the Tree of Wisdom and prepare for a new year of upgrades.

Deployed in March, while it seemed like First Contact was a long time coming, Revelation Online’s first content release of 2018 had to overcome a host of technical challenges and in so doing proved to be worth the wait. What it did was essentially provide a realm between worlds, allowing players from one server to engage those from another in 3 vs 3 arenas, all the way up to 30 vs 30 Battlefields. The introduction of French and German language options was also something that facilitated greater interaction between players.

In the context of what was to follow, First Contact can be looked back on as the pre-match throwdown, with Imperial Wars, taking the concept of server vs server skirmishing through to its logical conclusion. Deployed in May 2018, Imperial Wars remains Revelation Online’s most recent major update (and thus remains one that’s still being tweaked), but its week-long bouts of warfare between hundreds of players from competing servers, are like nothing else in or out of the game.

The next update for Revelation Online will be called New Sulan and, as suggested at in the title, will offer something of a renovation. As new features are added to an online title, older content maybe doesn’t quite sit right with the rest of the game and has to be worked on to make the game as a whole feel more integrated. New Sulan will launch with new mechanics and systems too, but the finalized content hasn’t quite been settled on. When more is known, you’ll know about it first right here! 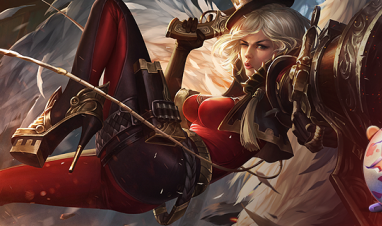 It’s time for new legends to be born as Revelation Online becomes available on Steam. 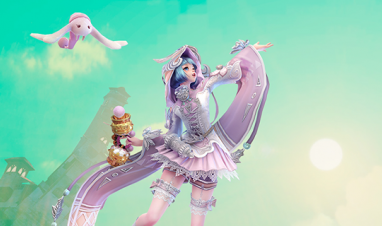