With the Skyward World update, we introduce the Book of Enchantments system, a new progression system where players collect fragments lost throughout from the passage of time, in search for the answer towards rebuilding Voras to its former glory!

There are achievements for this feature which will unlock when you meet certain requirements.

Requirements:
Your character must meet the following requirements to use this system:

How to obtain:
Guardian Enchantments materials can be obtained from:

Imperial Society Enchantments can be obtained from:

Enchantment Qualities:
There are three types of Enchantment qualities: 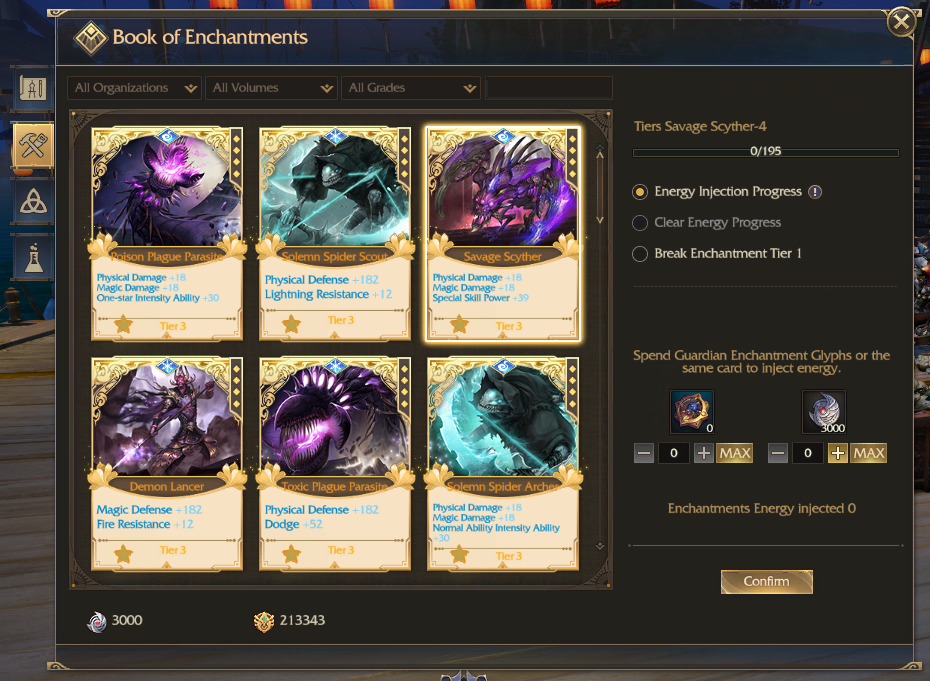 Enchantment Tiers and Upgrading:
To Illuminate or Tier Up an Enchantment, its Enchantment Energy must be filled.
This can be done by using Enchantment Glyphs or the correct type of Enchantment Fragments.

Note: Only 30% of Energy spent will be refunded when reverting an enchantment (Tier 4 and below) to its previous state.

Based on the grade and tier of the Enchantment, you will be required different amounts of Enchantment Energy and Breakthrough Materials:

Each Enchantment will provide its own base Blueprint Attributes when unlocked, and increases as they are tiered up. When you have illuminated a set amount of enchantments, or reached a certain tier, you will unlock further Blueprint Illumination Set Attributes. 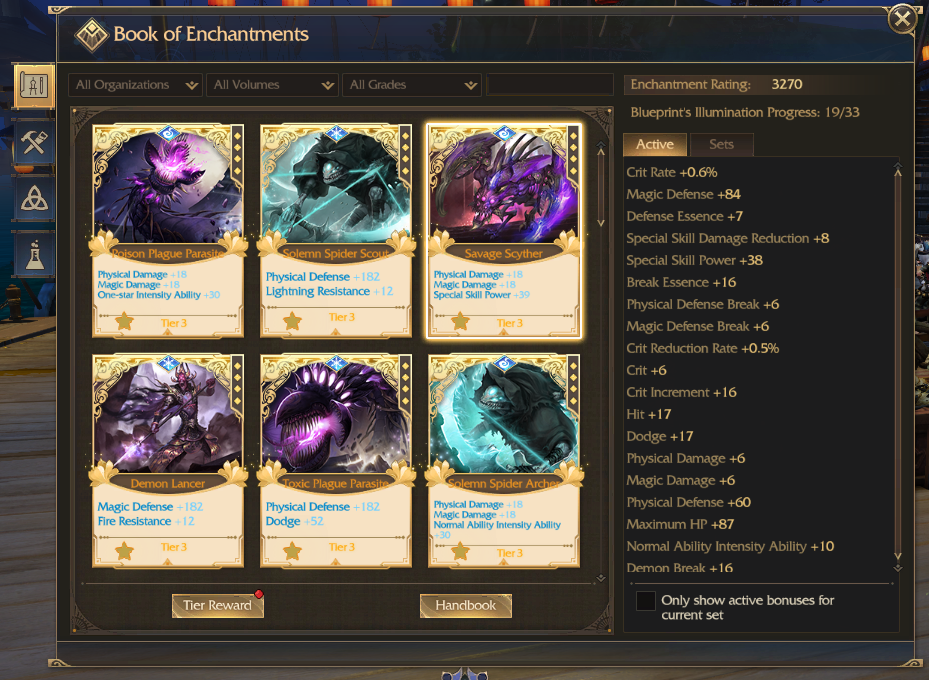 Note: You can view Blueprint Attributes in the Blueprint section (First tab) of the Book of Enchantments window, or also work on your Enchantments in the Crafting section (Second tab)!

Three Enchantments can be equipped into a Trinity to activate their base Trinity Effects, depending on the type of enchantments you have equipped, you can also activate a bonus set effect visible in the Trinity Set. 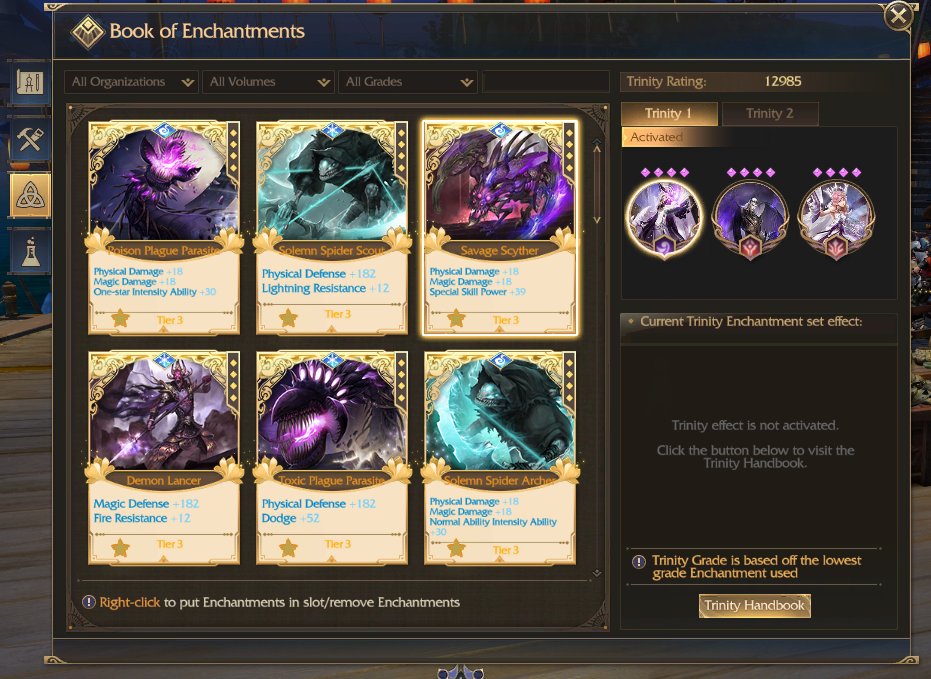 These effects are further enhanced based on Tier of the equipped Enchantment.
(You may view and adjust your trinity at the third tab of the Book of Enchantments window.)

Guardian Trinities will only activate in the following modes:

Imperial Society Trinities will only activate in the following modes:

Each Enchantment belongs to a different Type and provides different stats when equipped. Enchantments also unlock additional effects when:

Note: Trinity Base Attributes and Tier Attributes will only be activated when equipped in the Trinity.

To activate a bonus on Trinity Set, you must equip all 3 required types of enchantments.
Note: Grade of effects is based off the lowest tier Enchantment used.
PvE - Guardian Organization (Demon God Volume):

When owning an Enchantment of at least Tier 4 or above, you can perform Purification Renewal on that Enchantment, which will provide randomized attributes!

Based on the enchantment’s grade, each Purification Renewal will cost the below:

Note: You can choose to either pay by using Enchantment Glyphs, Aurum or Purification Points, all are not required at a single time. 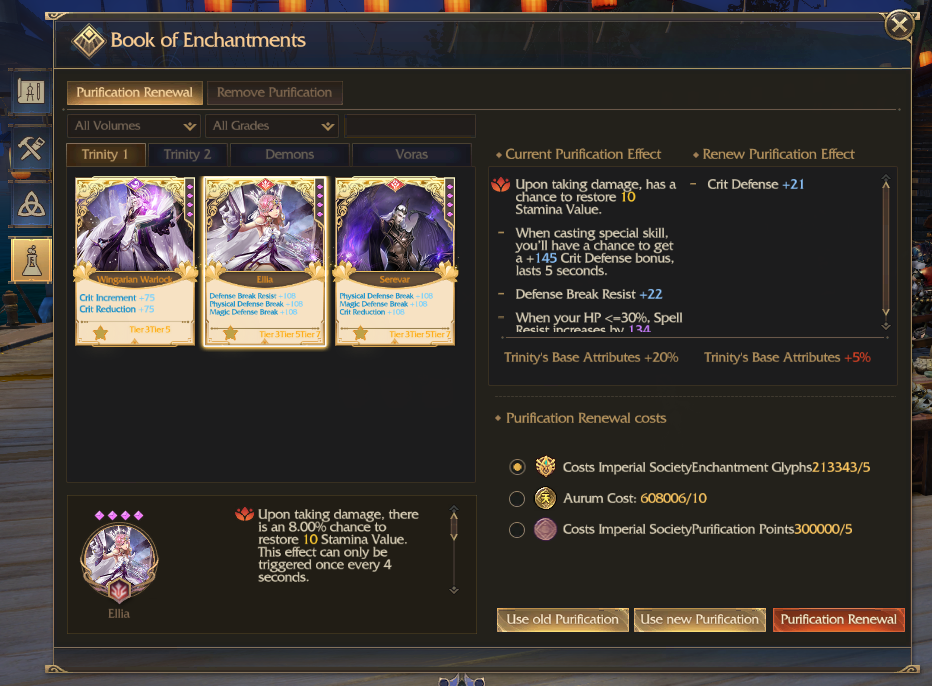 The randomized stats obtainable from this feature ranges from basic attributes commonly seen in Equipment Veneration Renewal, as well as some new unique stats!

The value of the effects are indicated by color green, blue, purple and yellow (Lowest to highest). In addition, a Red Lotus icon indicates that the effects are of maximum quality!

Based on the amount of lines you have rolled, each line also provides a 5% boost on your Enchantment’s Trinity Base Attributes:

You can find this feature in the fourth tab of the Book of Enchantments window.

Regarding conditional effects in Enchantments, such as:

If both effects are of the same type, both the requirement and the chance-rate will remain the same, but the gained attributes will add up. 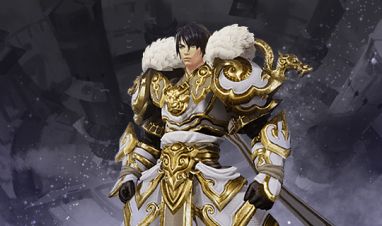 Does your Guild have the power to heed the Empyrean Cabal’s call? 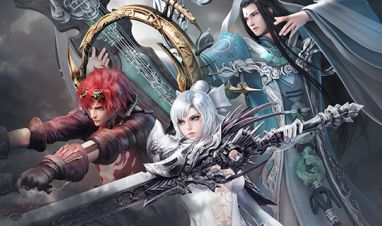 Do you know with the Skyward World update, you now have the option to merge two guilds into one while enjoying certain benefits? This article will show you through the Guild Merge feature!