Last week we told you about dungeons, team searching options, solo challenges and the global ratings that comes with it. In this final instalment at looking into PvE content we take a look at the World Bosses that roam the lands of Nuanor and the Achievement System.

You can come across dangerous opponents in the open world! There are 6 world bosses available in the game right now. For many of them you can find their spawn areas right on the map. Spawn times can vary - for one boss an hour might be enough, while you might have to wait a whole lot longer for another. However, the reward for a victory could be something really special. A rare fury skill, for example.

The raid boss aimed at the strongest guilds is of particular interest. Every week, guilds will fight each other for the right to come up against him. Only the very bravest warriors, who have shown their mastery in battle, will be able to fight against this boss.

Players who love to hunt for achievements and demonstrate to all that they are a true game world explorer will find a vast field of action in Revelation. You can earn 11471 achievement points in the game right now. And you can be sure that only the most persistent will be able to accomplish this.

Achievements cover all areas of the game. Starting with PvE and PvP right through to storyline quests, life skills and exploring different locations. The game also has plenty of hidden deeds, the terms of which you cannot look up in advance in the guide. Who knows, perhaps you will become a pioneer and be first among the entire server to learn the secrets of one or several of these. Characters will receive special titles and rewards and become part of the global achievement points ranking as a reward for their achievements.

The game also has an achievement comparison function. Right click on another character and you can select this option in the shortcut menu and see which of you is more advanced in this field.

Learn more about the activities that Revelation Online has to offer for those that enjoy storylines, questing and gaining favour with the many factions in Nuanor! 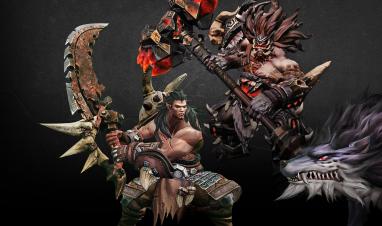 Brave the Grand Bulwark and broker peace between bitter rivals before it is too late!