In the first part of our New Sulan Q&A we gained some insight into the philosophy that’s been driving the development of Revelation Online’s upcoming update. In part two we hear that New Sulan isn’t just about rebuilding and making things look better, it’s about creating a living, breathing city for residents and visitors alike - a space teeming with activity in which life goes on whether players choose to engage with it or not.

In addition to the visuals, what new surprises will players experience in New Sulan when it’s complete?

Players can take a boat on the New Sulan river and travel through the entire city to take in the sights. After the expansion update, there will be the Travel Together quest cycle where two players must take a boat together to enjoy the wonderful sights of Sulan with their rower serving as the guide. Of course, architectural and landscape features of a region are intimately linked with local culture and personalities. We will also release a new series of Mythos and Scenic Chronicles.

The enriched building layouts also provide new gameplay possibilities. We have added interesting NPCs to the renovated commercial storefronts, so perhaps at some point in the future we can lease out storefronts to players. We can also look at adding some interactions or mini-games. As Sulan leads Ausgyth in terms of toys, furnishing, and interior decor styles, the city can one day offer unique gadgets and gimmicks for sale as well. Nothing is certain, but we hope to explore all possibilities with our players.

Can you tell us about the design concepts for the major change to Sulan Bridge?

Sulan is the most famous commercial port in Ausgyth, and the Sulan Bridge serves as the city’s transportation and commercial hub. The bridge should be a multi-functional and an integrated entity. We therefore adopted a more three-dimensional structure. The massive bridge arches allow large merchant barges to travel underneath. Warehouses provided on the bridge can be used to store merchandise and goods for trading, while a ship repair yard is also furnished under the bridge itself. Since the Xinglan Canal serves as the channel connecting Sulan and Bearwold Pier, players would also see Ursids hauling wood and other materials in the repair yard. Due to their skills and intimacy with water, many Falmari work as engineers at the repair yard.

Players can share the canal with other boats while traveling under arched bridges of all sizes. While enjoying the scenery offered by the boat ride, players will also become a sight for people walking along the bridge. Feel free to wave a hand and say hello when you see an old friend!

How have the NPCs adapted to life in New Sulan?

Players will also encounter various NPCs. These may include Sulan matrons dancing in the plaza and hooligans trying to make a name for themselves in various martial halls. Some characters only appear at specified times and only to those fated to meet them. Being a waterfront city, the local residents also have a river lantern ritual. People will make lantern boats as a vessel carrying their prayers and wishes which they release into the river. Bustling noises in the distance might signal the start of a performance.

Can you summarize your expectations for New Sulan in a few words?

We want New Sulan to be more immersive and serve as a platform for player interaction. Sulan should be a place where people can find surprises outside combat.

The creators of New Sulan are keen to suggest that art can go beyond visual aesthetics, serving critical functions in world-building and story narration. Every brick, tile, sunrise, and sunset would seem to offer a tale of the developer’s insight. One can almost imagine buying fresh fruits at the Sulan Customs House market, heading over to the Adventurer Guild to see what new quests are being offered, and then enjoying a cup of tea at the Tea House while canvassing the nearby stores for new wares. After that, people can take a boat ride to enjoy the fresh air, watch matrons dancing in the plaza, and even join the gangs to see what they’re up to. After a hearty dinner when the sun has set, you can head over to the stage to watch a performance, then retire to the newly-enclosed Hot Springs. Sulan looks to be a city born anew, full of wondrous experiences waiting to be shared, day or night. 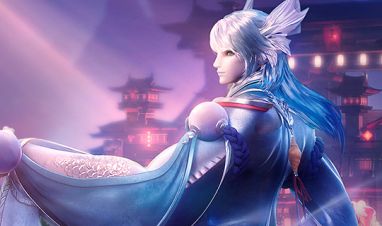 The wait is over and the gates of the city are ready to welcome everyone in! 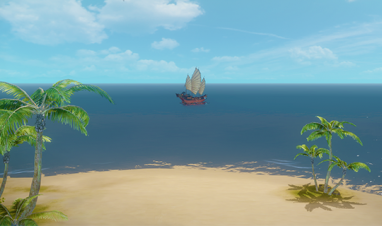 Enjoy the great outdoors, then come back to the ultimate in homemade luxury!