These beautiful creatures were granted their wings by the resplendent goddess Akari herself. They are brave and fair, and they prize valour and justice above everything else. The Wingar however are not without their faults: they are arrogant and consider other races as lesser beings. Along with this arrogance, these creatures have a fiery temperament and can always find a reason to duel (be it a reasonable or an artificial one). Guests of their camp should be especially careful with what they say!

You can find the Winged People all over the mainland. You will encounter your first one in Sulan, but that will hardly be the last one. If you'd like to know their people better, you should pay a visit to their training camp, which is situated in the north-east of the mainland. The Wingar are skilled marksmen, taught to shoot a bow in their childhood. They stand guard for justice in the world of Revelation, their deadly weapons ready in their hands.

Still, the excessive haughtiness of these people earned them much ill will. For many a year, the inhabitants of the Bear Mountain have been fighting a bloody war with the Wingar. Day after day, the opposing sides clash at Snowpine Crag. The adventurers whose paths take them to those parts may join any of the sides and participate in the battle. Besides, they must defeat monsters and complete various quests to win. The best fighters will be handsomely rewarded for their feats.

You need to help the Wingar cleanse their lands of wild beasts, if you want to win favour of these mighty people. As a token of their gratitude, they may grant you the right to bear a beautiful hunting bow - a true pride of this soaring race. Additional rewards may comprise of elegant accessories and useful consumables such as feathers and bonus XP stones. 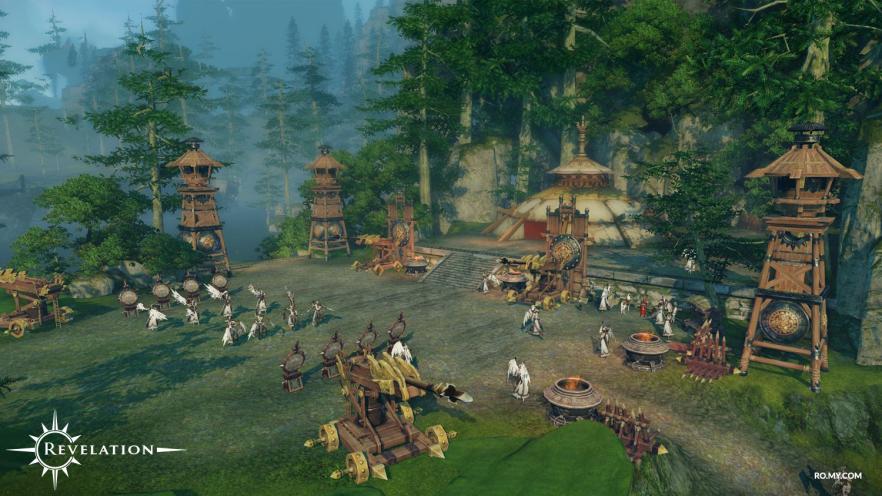 ‹ Volopines up Legends of Nuanor ›
Go up
Buy Founder Pack

Only one person in all of Nuanor really knows Sen well, and that person is... not you. To some, Sen is an enigma. Actually, to everyone she’s an enigma. See if you can figure her out!