When you first enter Nuanor and set foot on Enthul, there’s the gentle Taku, the kind-hearted Aria, and...eh? Who is this person ordering us to rescue the Village Chief? With short black hair, a warm smile, an exuberant disposition, and a fantastic musical score to cue his arrival, it’s Akuta!

Akuta is a simple and direct man. He is anything but low-key, indirect, patient, or strategic in how he lives his life. He is always rushing towards the next challenge that awaits him. It could be said that he is both happy and unburdened. He likes to play cool, and dance with swords and spears. Though he often makes mistakes, after a battle he will strike a pose, blowing across the barrel of a gun. Yes, Akuta really is that type of guy. 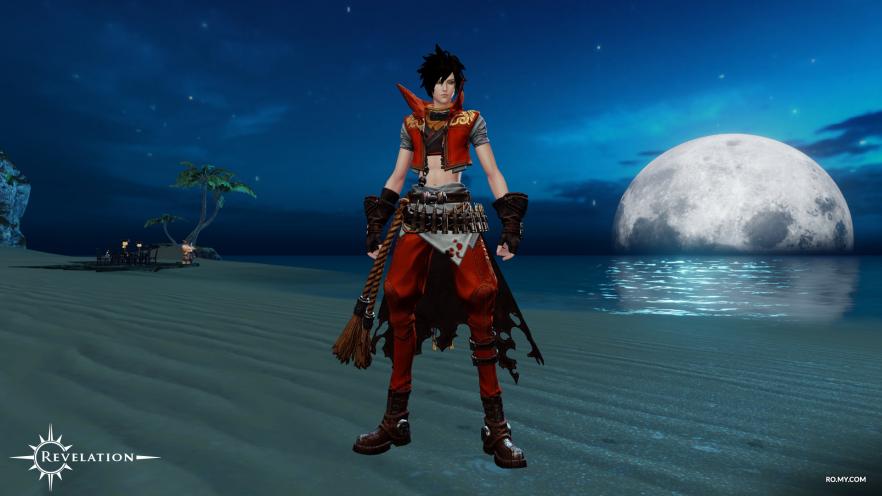 But don’t be mistaken - he’s not just a straight-shooter figuratively. Akuta is also an excellent marksman, and one of the best Gunslingers alive. His supernatural talent and his innate abilities make him a quick learner, he’s improved his abilities by leaps and bound in no time at all. Akuta is easily excitable and quick to fight. When fired up, he’s full of energy and courage. In the face of demons, he does not cower in fear. The more he fights, the braver he is. He is the one who will aid us in our journey from Enthul to the Land of Nuanor.

Of course, Akuta’s personality leaves a deep impression on everyone he meets. He has a voracious appetite, and the way he scarfs down food stands in stark contrast to his usually “cool” affectation. He also loves to drink and be merry. Perhaps it is the food and drink that fill him with energy and courage. This courageous man does have a weakness, though - seasickness. When he is in the throes of a violent vomiting fit, one knows not to laugh or feel sorry for this normally fearless and brazen man. 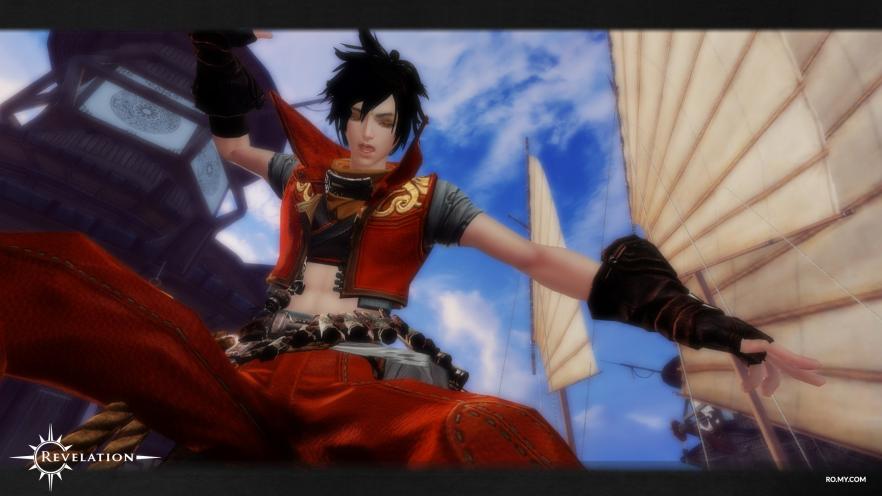 One could not guess that Akuta is an orphan who knows nothing of his past. From the time when he was little, Akuta has been raised by his fellow orphan brothers. Because he doesn’t have a family, Akuta treasures the time he spends with his friends. He sees his friends as his family and would do anything for them. Makato’s unceasing affection for him has led him to become Akuta’s role model; like a father figure. Makato has taken it upon himself to teach Akuta the noblest of values and pursuits, and as a result, Akuta looks up to him as a mentor and role model. He seeks to make his brother proud, and carry his ideals; to rid the world of demons is Akuta’s life purpose.

Aside from continuing his quest of Demon Banishment, he also travels across Nuanor seeking ways to become stronger. Meanwhile, that fiery conviction in his heart has started to change... 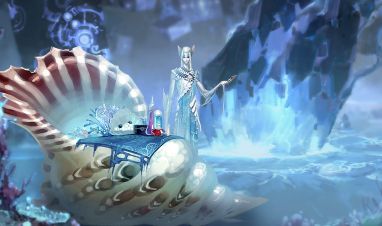 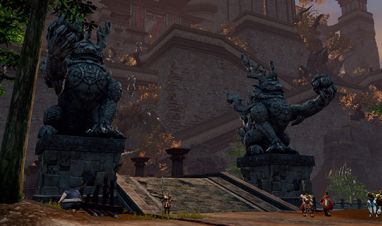 Learn more about the Guardians, the most powerful demonslaying group in Nuanor!