As you well know from our previous update, we’ve made a lot of progress on cross-server features, namely Voras. Today, we bring even more good news on multiple fronts!

The Cross-server Auction House is fully functional and working as intended! With this good news, we’ll deploy this feature on the game servers at our next scheduled maintenance: Monday, July 6. There will be a feature article, explaining how it works in the next couple of days. Happy trading!

Our feature testing is complete. Battle for Voras functions as intended! We are now going to perform our final testing for set-up on the main game servers and polish the event itself, such as localisation and GUI. We aim to fully launch this feature during July, instead of the previously communicated live test! Stay tuned this month for more information on how the events and Voras will function.

With our successes on the above-mentioned features, we will shift our focus to the Cross-server Guild League in full. As previously mentioned, the issues that prevented it from functioning were resolved and as such, we are now going to fully test the feature and polish it, to bring it to you as soon as possible.

As discussed on Discord, we are looking at ways to improve and adapt this event. We are well on our way to completing a defined list of what we can change for this event to improve the experience for all. Over the next couple of weeks we will finalise all of this and prepare a community poll, to provide your invaluable feedback on each point. These changes may not make it to the 9th iteration of the Colosseum as it will require a lot of work and discussion. Keep your eyes peeled!

This concludes the update for the week! Keep your eyes peeled for more information on Battle for Voras. We will return again next week with more information. In the meantime, if there is something you would like to hear about, please let our Moderators know in Discord.

The airship to Voras is not ready to depart. 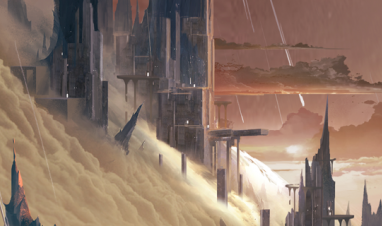 Check out one of many new features coming in Demonic War!