Temple of the Twelve

Find out more about Battle Companion's Talents and Skills.

New Items have been added into the in-game store, check out our store page for extensive details:

A new tab in the store has been added named "Bonus". Bonus Aurum can be earned from special in-game events and the Returnee Event. 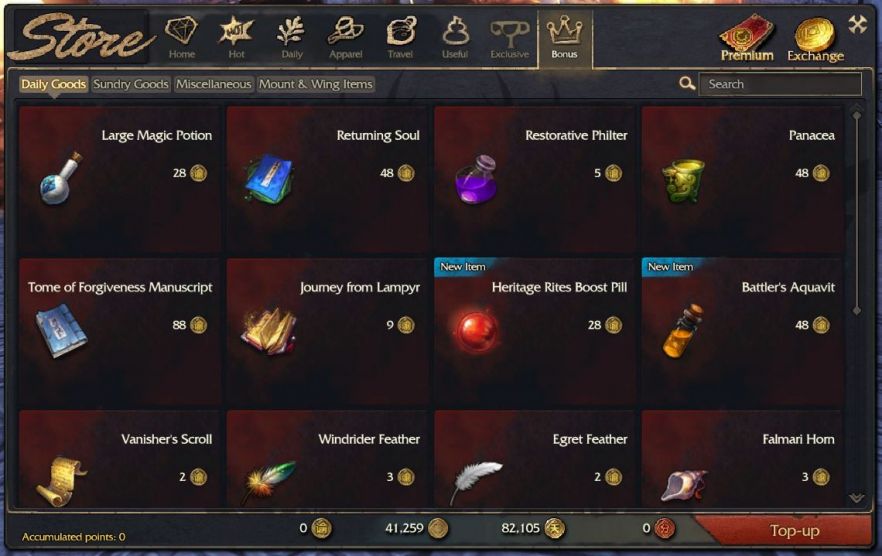 A new "Bonus Points" window has been added to the Exclusive tab in the Store, this storefront shows off the items that can be purchased for Red Aurum. The prices and contents of this tab are not yet final and are subject to change. We will be detailing in a later article how we will be handling Red Aurum in the future. Please keep an eye on Discord for further updates about this feature and it's current development status.

Fixed in the next Patch (Tentative: Monday, 10th of June)

Fully Implemented at a later date

The entries in this list will be fixed in a later patch, they are currently in development for the International version of Revelation Online.

Let @Revo Mods know if you still experience the following issues on our Discord server so this section can be updated!
* Players with high ping playing the Occultist class used to have issues where their Dour Wyrm would not hit their target. This appears to be fixed upon testing. We recommend players report if they encounter any more issues with this feature.

If you happen to notice any other bugs, issues with localisation or anything not listed here, please contact our Support team or a Moderator on our Discord server so it can be investigated and resolved.