When you reach level 40, a series of special PVP Battlefields becomes available to you. These combat fields alternate in intensity:

Bring up the Battlefield panel by clicking the crossed swords icon in the lower-right corner of the screen. Pressing H on the keyboard also brings it up. 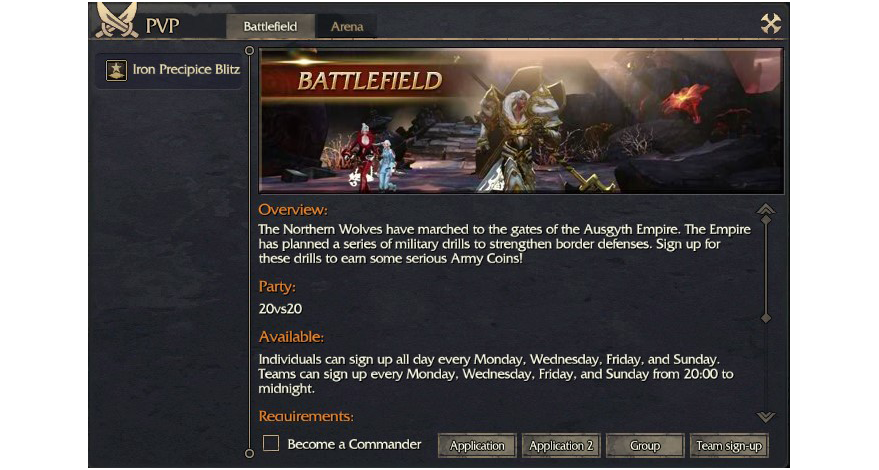 Battlefields are ranked by combat level and separated into four groups based on combat ability: 40-49; 50-59; 60-69; and 70-79. You will be put into one of these categories when you join a Battlefield. You can join a Battlefield solo or in a group. Note that groups must be similar in Might. 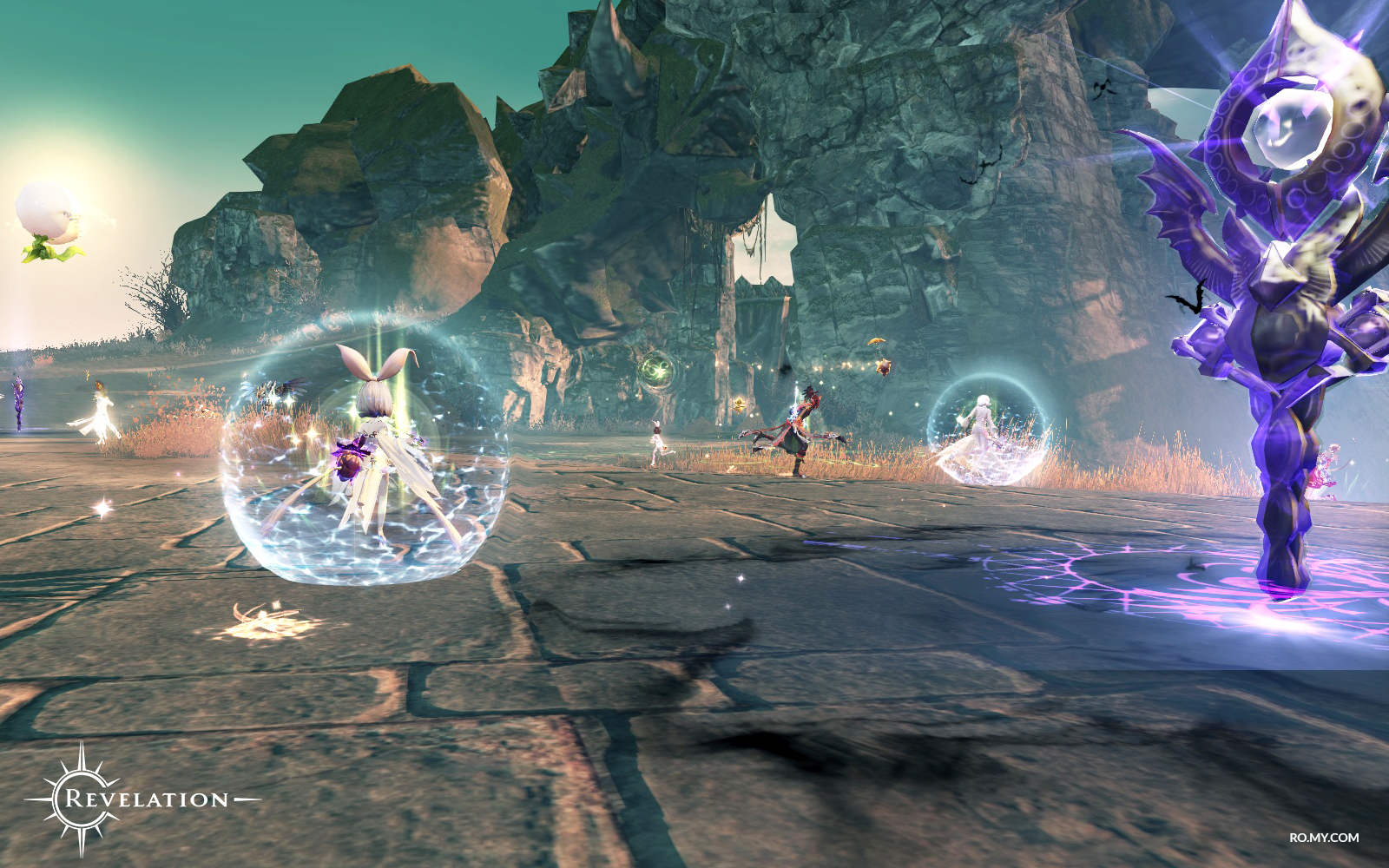 Each battleground has its own rules and unique victory requirements. In Darkwood Vale, the first team to earn 100 points wins. Earn points by slaying monsters and other players. In Precipice Blitz (20 vs 20) and Machinist's Gauntlet (30 vs 30), victory goes to the team that conquers the most territory and holds it for the longest period.

While your raw talent may win you a skirmish or two, it is teamwork that carries a group to the championships!