The dauntless soldiers and mighty steeds of Chaffon Paddock are known throughout the land for their hardiness in battle. Today, Chaffon Paddock operates like a well oiled machine, but it wasn’t always so peaceful. 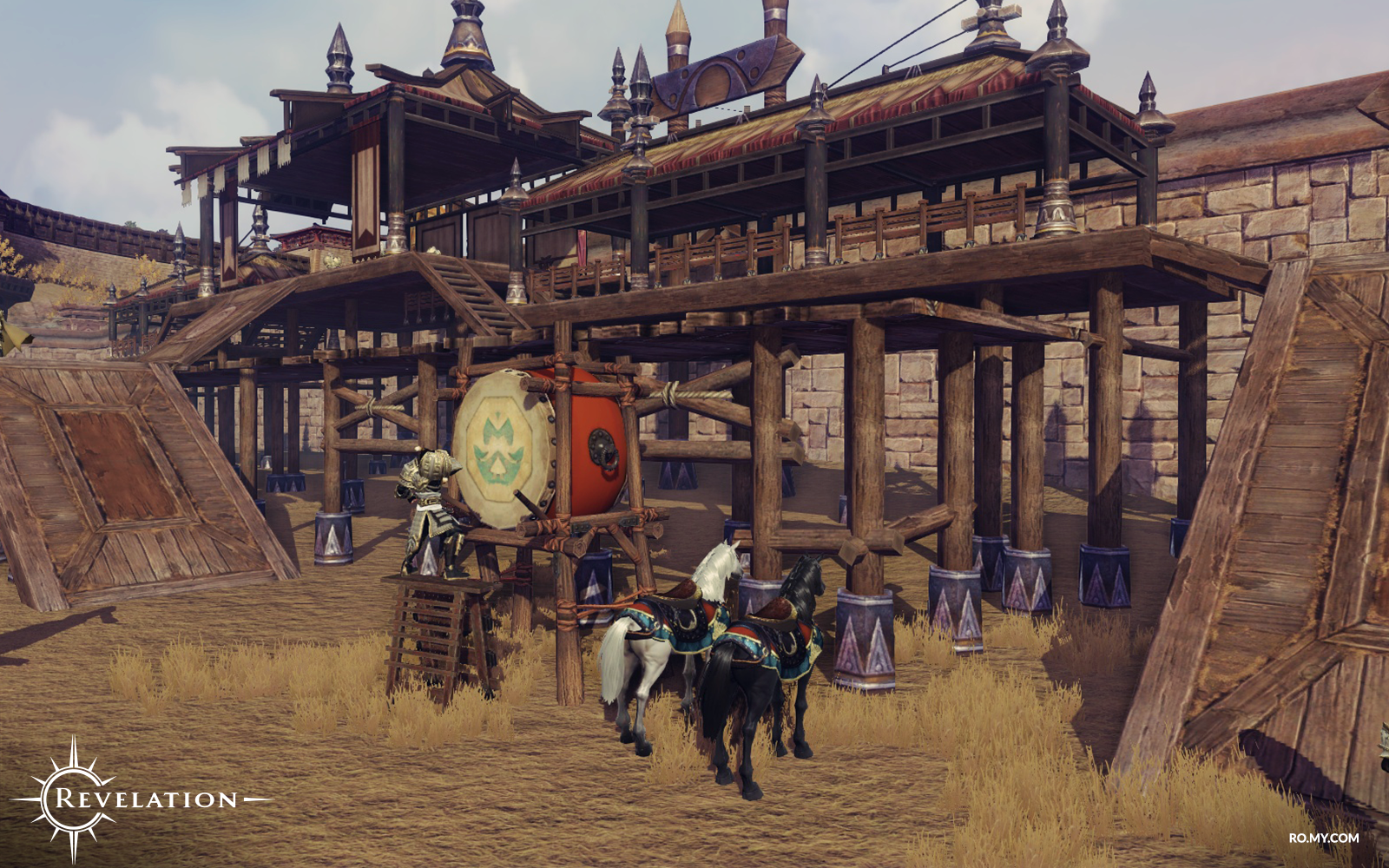 As a supply depot for western forces, it had seen many fine men pass through its gates. But soon after its construction, the murderous bull known as Thunderhorn, as well as his countless minions, began roaming the flatlands just outside the drill grounds. Many of Chaffon Paddock’s finest did not return. 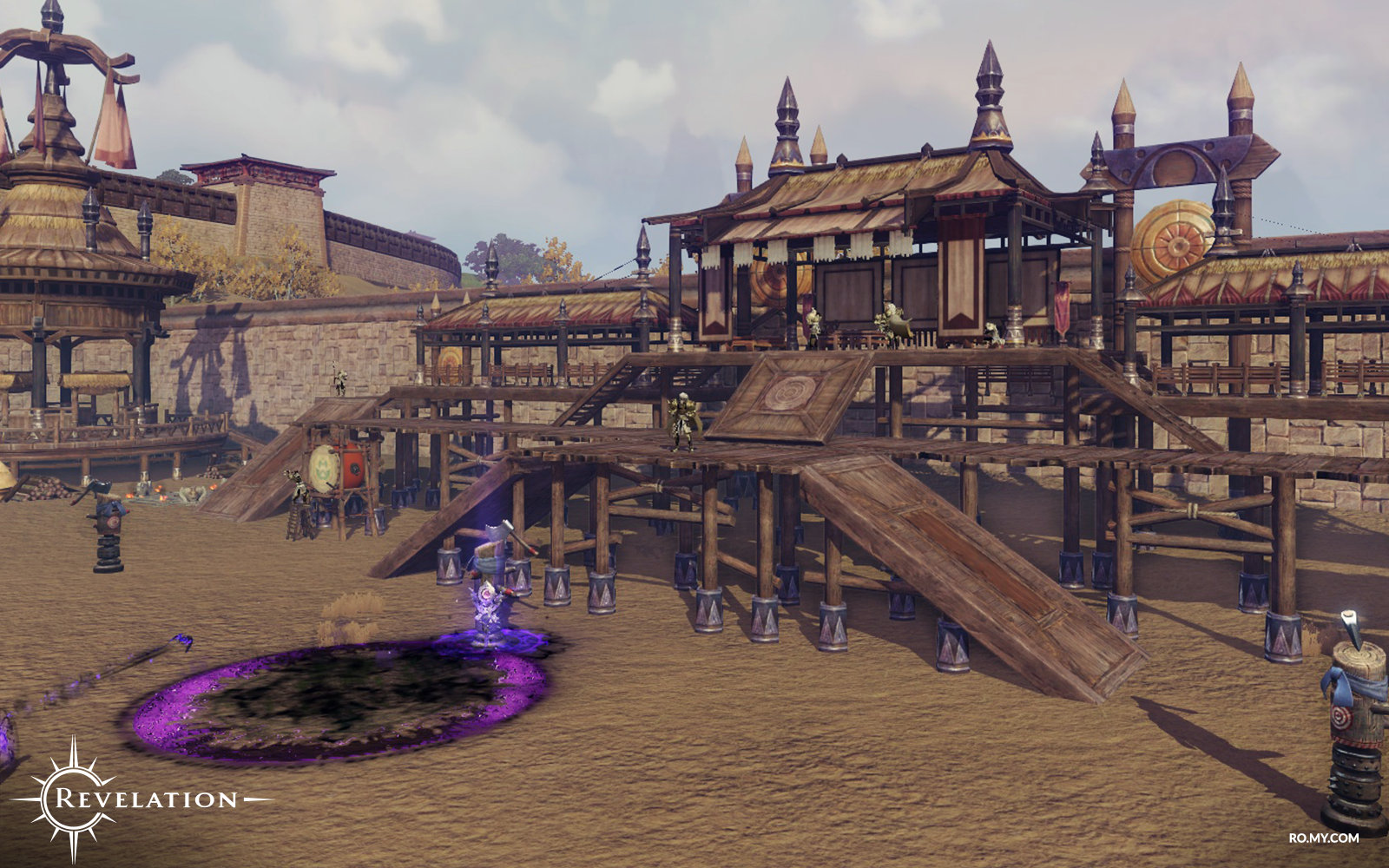 Concerned citizens safe within the city walls protested the bull’s murderous ways, and the Imperial Council made good on a promise to bring peace to the land.

With a stroke of the pen, the central plains were tamed, domesticated Urian Longhorns were brought in to graze, and fields of wheat sprung up as far as the eye could see. 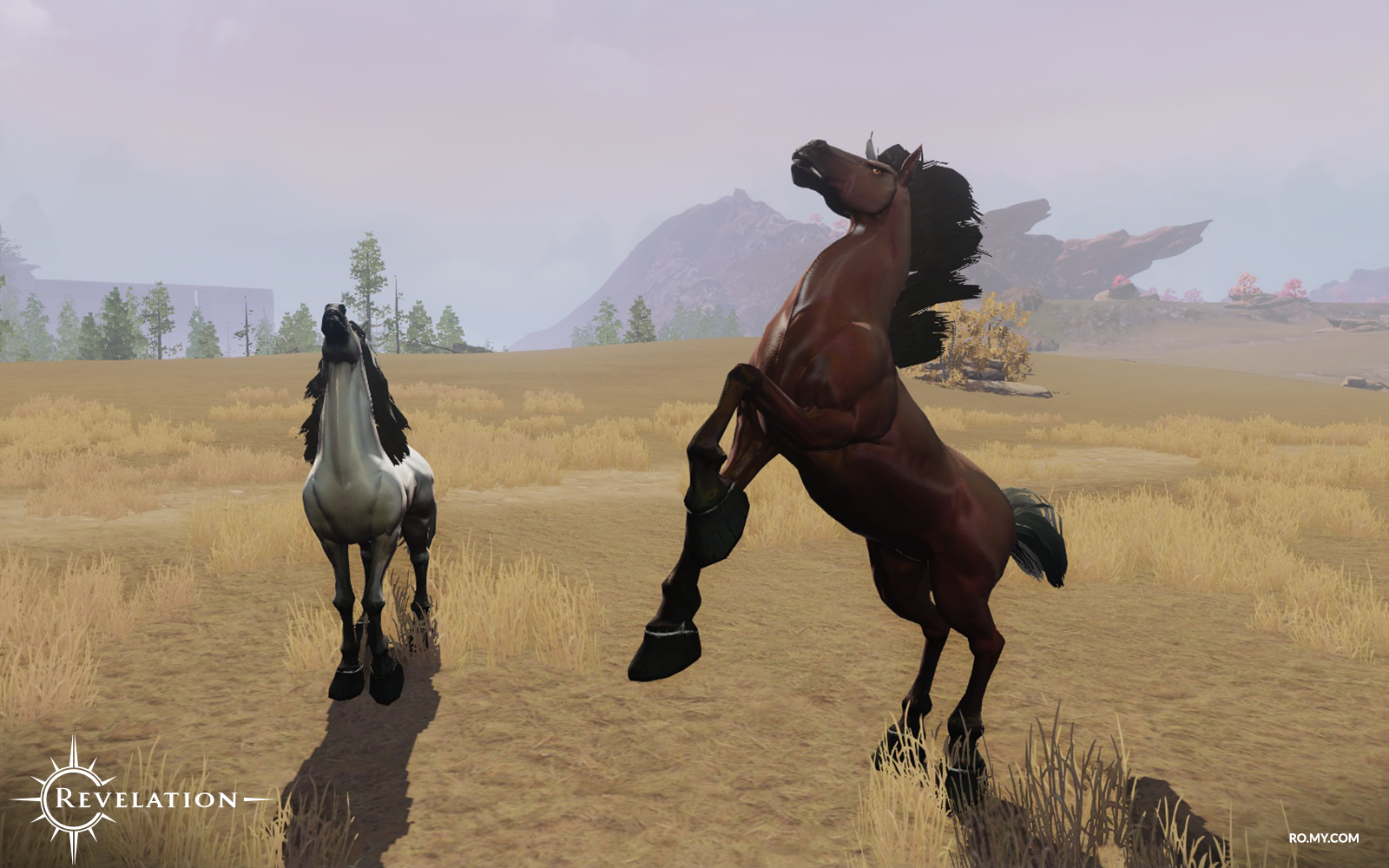 Morale among troops has been higher than ever before, and a new generation of tacticians under the lead of Great General Cerlin Folorn has taken the helm. As a visiting hero, you can help out and curry favor with the Sidus Ur faction.

The paddock and drill grounds hum with activity, and soldiers and commanders alike busy themselves training for faraway campaigns. An extra helping hand is always appreciated! 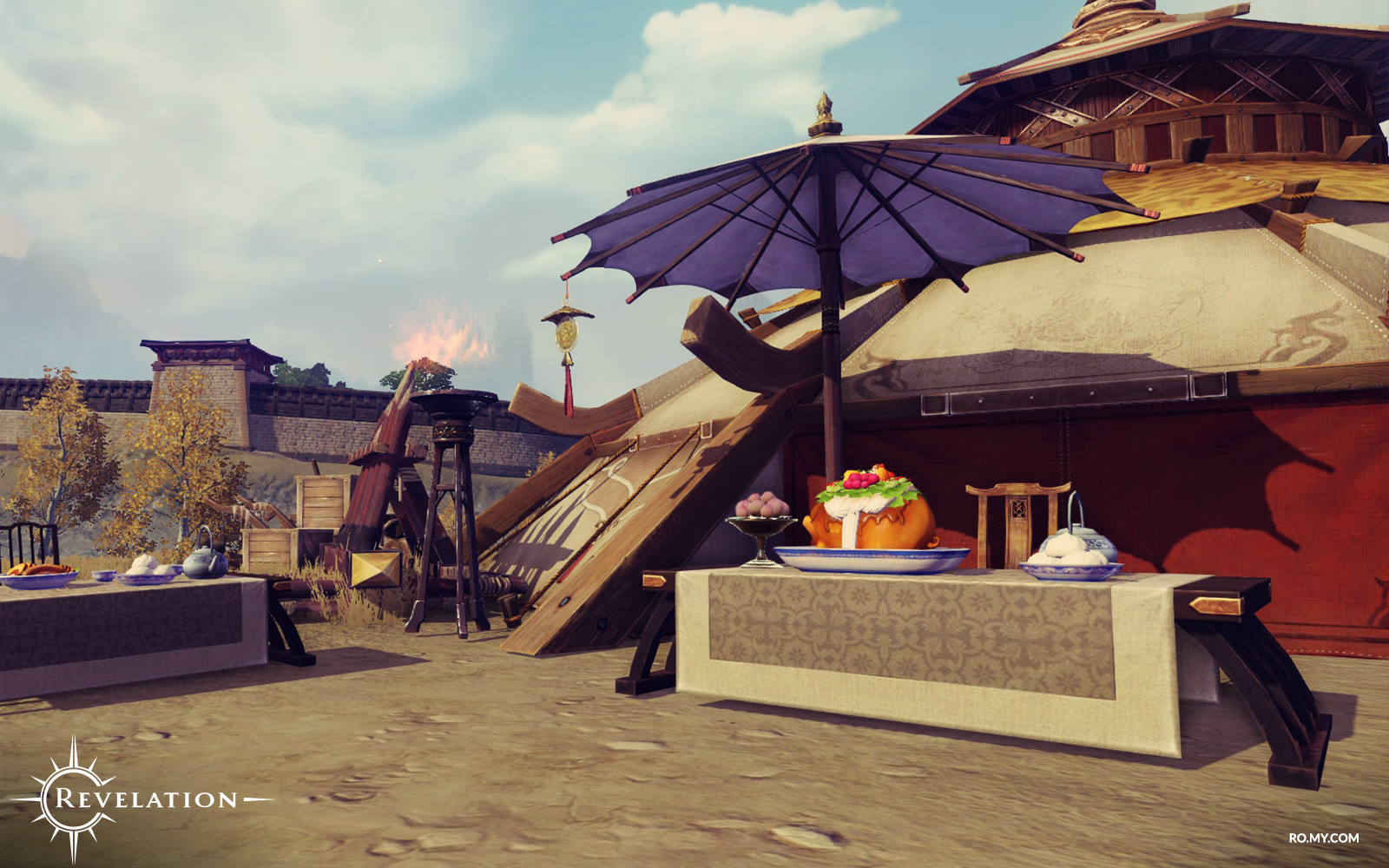 Supply the garrison with fresh grain for the horses and water for caravans, and earn rewards for your magnanimity!

Where to start, you ask? Haystacks are conveniently placed near the stables. Bring some to the horses. 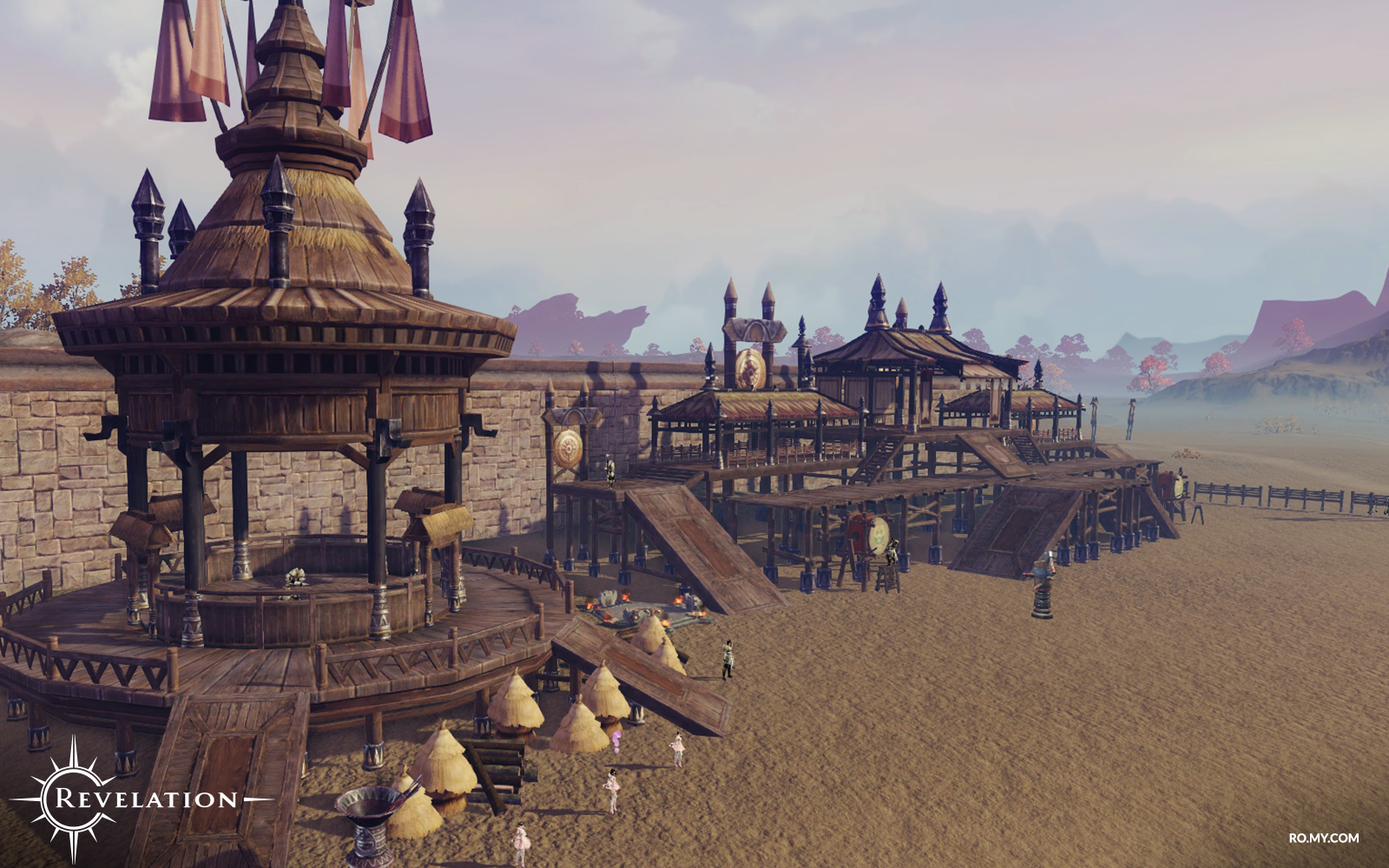 If you have time, mosey over to the spring, fill up a bucket or two, and pour it into the horses’ drinking troughs. The corral taskboard (1017, -315, 12) at Chaffon Paddock becomes available once you reach level 50. 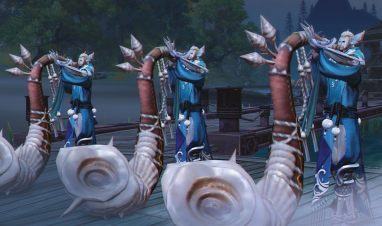 Be rewarded simply for admiring the view via the Revelation Online sightseeing feature!