Legends of Nuanor is a new multiplayer mode coming to Revelation Online as part of the Mythical Conflict update. It’s a 5v5 PvP battle that follows the established MOBA (multiplayer online battle arena) template, in which combatants play not as their established main characters, but as “legendary” NPC Heroes from Nuanor’s backstory and lore.

Played on a single map that’s broadly symmetrical, three lanes connect two opposing bases, along which are situated towers belonging to each team. By working together and utilizing the advancing minions that spawn from their home base, each team must try to destroy the Crystal of the other team while protecting their own. 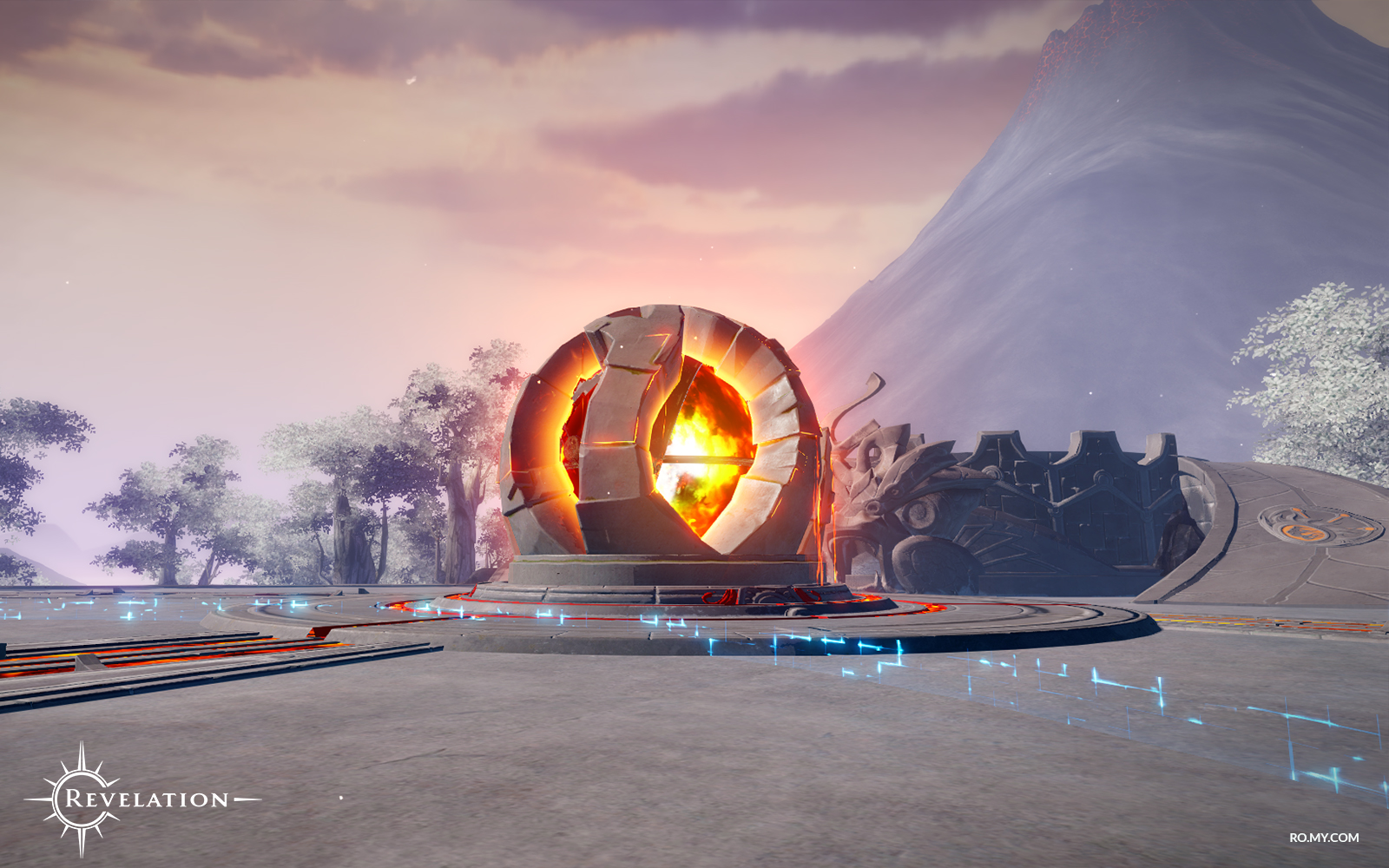 During the course of each game players can earn powerful buffs from killing monsters in the between-lane “jungle”, as well as unlock increasingly powerful equipment and abilities from the Gold and XP that comes from killing other Heroes and destroying the towers and minions along each lane.

Upon gaining a new level, Heroes receive a single skill point that can be applied to one of four active skills. It’s important that players continue to invest skill points in their Heroes in order to keep pace with other players, who might be better attuned to early, mid or late-game strategies. As with Gold earned through combat, which can be spent on stat-boosting equipment and HP and Mana potions, skill points do not carry over to subsequent battles.

In addition to the active skills that are upgraded during the course of each battle, each Hero has a unique passive ability. There are also Talents that players can select at the start of the match. At the beginning of their Legends of Nuanor careers there are just two Talents to choose from (Butcher - which offers increased damage, and Heal, which offers instantaneous health), with more that can be unlocked through play. 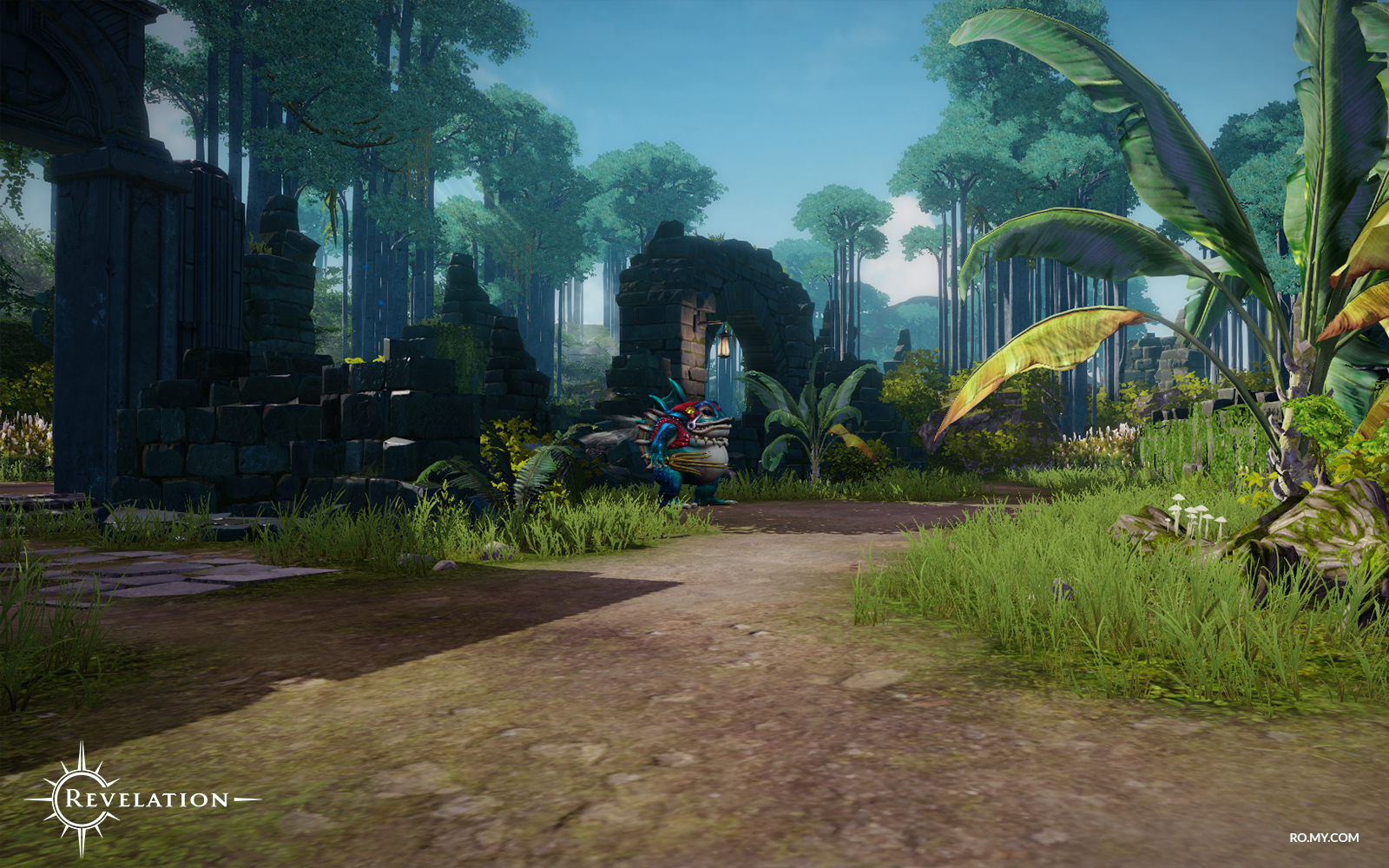 As with all MOBA games, having an effective lineup and understanding the roles for each player is incredibly important. There is no perfect arrangement when in comes to picking which heroes work well together, but as a rule a team of five will need a continuous physical DPS (ADC), a continuous magic DPS (AP), a damage taker (tank) x1, a functional support player and jungler. Some heroes are better at some roles than others, while others can sometimes fulfill a dual role - though often at a cost to both.

In their various roles, players have to take into account how they want to play in terms of crowd control, dealing raw damage, supporting the team, counter-attacking and their own survivability. A lot will come from experience and instinct, as well as getting to know each Hero and what their strengths and weaknesses are.

Just as important as what you’ll be doing is where you’ll be. It should be clear from the outset which players will be covering the top, middle and bottom lanes, as well as the jungle area. Generally, the top lane is regarded as a solo lane, where you should have a tank hero to oppose the enemy. The middle lane is another solo lane where an AP-type (Ability Power) hero with great nuking abilities should be assigned. The bottom lane should be a two-person lane. Since AD-type (Attack Damage) heroes have poorer stats (attack, attack speed, crit, and crit damage) in the beginning, such heroes should be paired up with a support. The jungle, on the other hand, requires a hero with great mobility or crowd control skills to kill neutral monsters efficiently while supporting activities across all three lanes. The jungler tends to be the most experienced - and the most team-focused - player on your team. 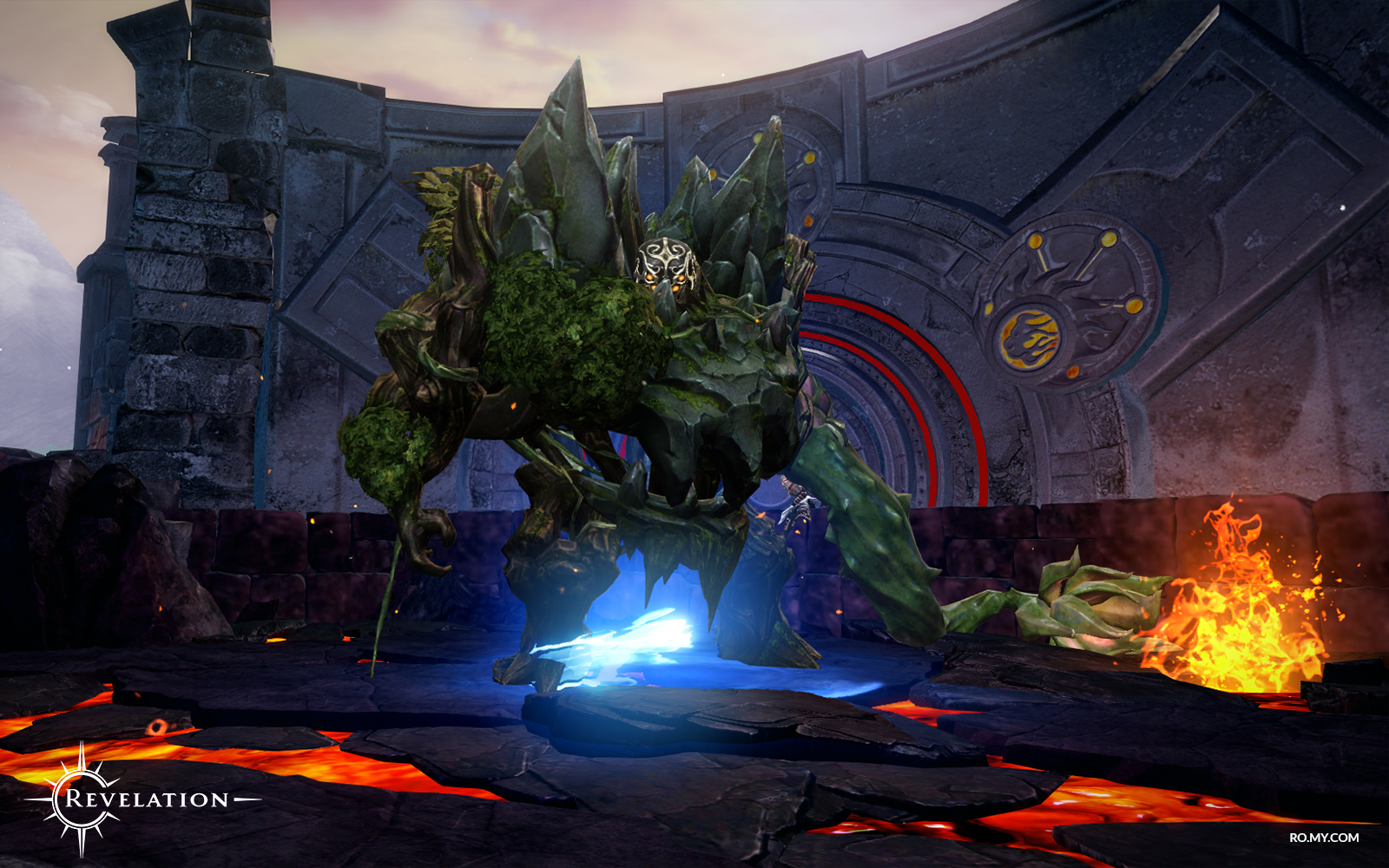 Before you get too far ahead of things in your first battle and start wildly casting abilities about the place, there are a few things you should be aware of that will help you stay alive and active on the map for as long as possible - because a team that has Heroes respawning is always at a disadvantage.

First of all, those minions that are always advancing towards the enemy... Use them! It’s beneficial to keep them alive so they can keep attacking, but they are there to support your team’s goals. Towers and enemy minions always attack what’s closest to them, so use your minions as a shield from which to spring your attacks or provide support.

During the laning phase, if you are reduced to less than a third of your HP or when you're out of Mana, you must look for a safe place to recover. If you're already near a friendly tower, press the "B" key to head back to town and heal. If you try to stay in the lanes, you might get suppressed by an opponent who might call their friends to finish you off.

To win, you'll need to demolish at least one lane of towers and the enemy's Crystal. To knock down some towers, you need an advantage in one of the lanes. Keep in mind that the opponent's defense tower has an attack radius of 35 meters while players have a attack radius of up to 30 meters. You will need to get your minions within the tower's attack range - and taking its damage on your behalf - before knocking it down.

Remember, the Legends of Nuanor is a 5v5 team game. Having a skilled player will pressure the opponent, but victory is only guaranteed when all players work together. Use voice chat (e.g. Discord) to time your attacks, cooperate, and work your way to victory.

When the game ends, you will be rewarded with plenty of Army Coins and War Medals. You will also get a Regal Medal unlock talents or hero skins. However, rewards are based upon the test server data, so some details might change before Legends of Nuanor is officially released. 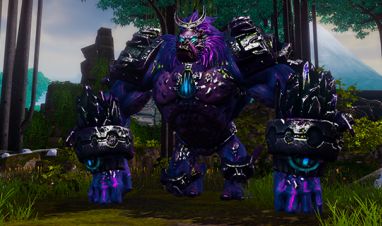 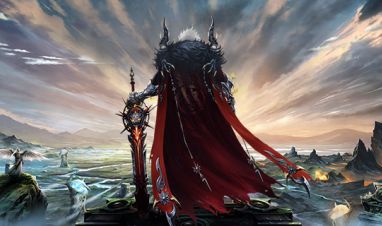 It’s time for Nuanor’s legendary champions to make their mark!