War is coming to Nuanor, hero. Will you and your guildmates be ready to answer the call? A new island, rich with valuable resources, is grabbing the attention of fighters from all corners of the land who are hoping to secure them for their allies. Get ready to raise your guild colours and fight alongside your most trusted friends to secure the riches contained within Starshatter Island for yourselves!

Starshatter Island is a Guild -vs- Guild map, giving you the chance to charge into epic team skirmishes, battling monsters and rival guilds in the hope of preventing them from getting their undeserving hands on the wealth of resources embedded within the landscape. Considering each battle can have up to 400 players at once, you'd do well to rally your glorious combatants and make preparations for outright war and potential grudge battles.

The map itself opens once a day - simply press 'U' to bring up its respective menu during the opening times. Once inside, all players' levels are automatically adjusted to 79. Alternatively, some may consider the 'Conquest Mode', a non level-scaled version that requires a certificate for entry. Up for the challenge? Then put rival guilds to the sword and claim whatever riches you can! 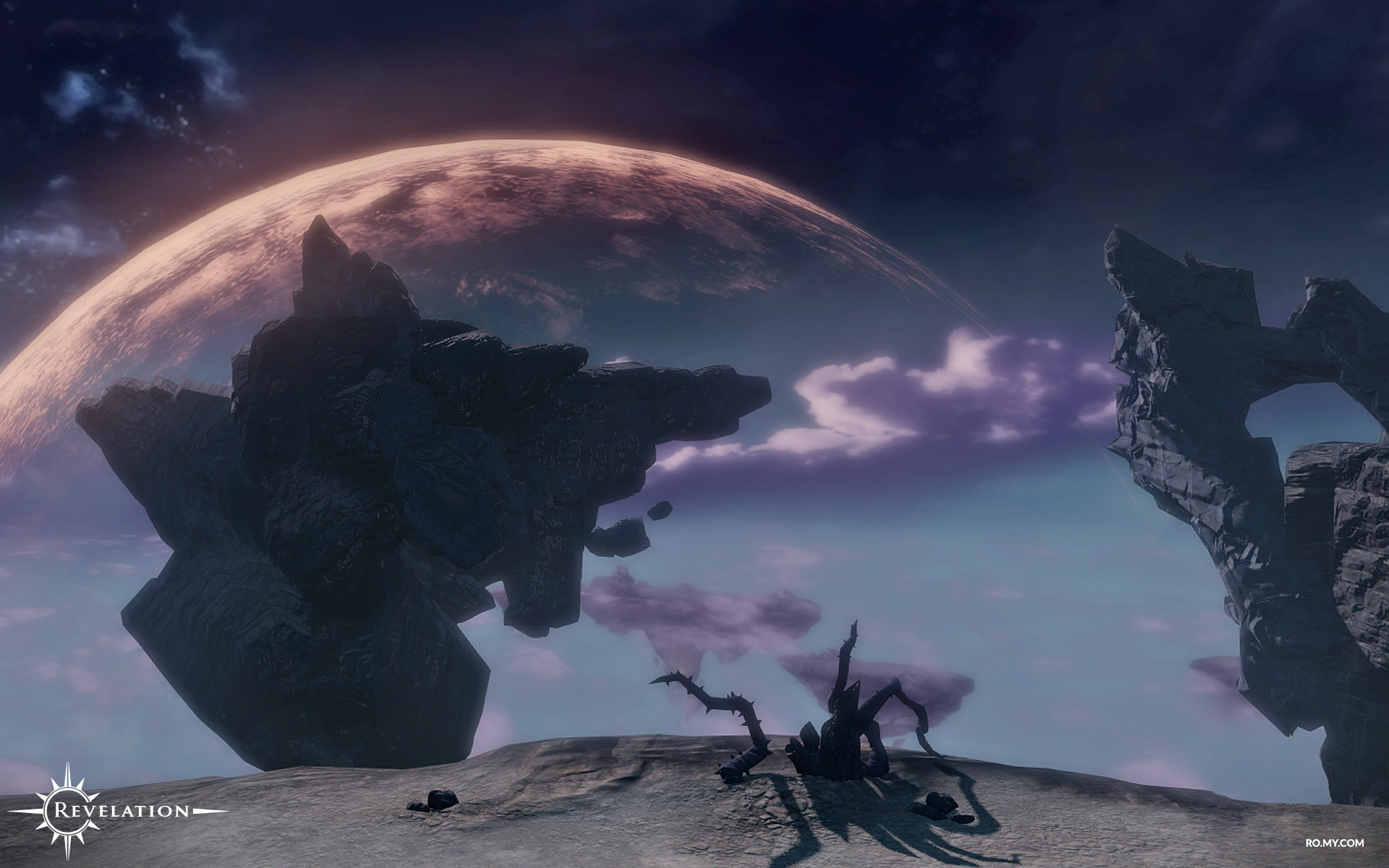 While this may be a PvP map, killing other players will not increase your PvP slayer value - this is a team effort rather than a deathmatch arena. Victory is had by distributing your forces to secure and control specific resource points while fending off local monsters and opposing players who also have the same objective. 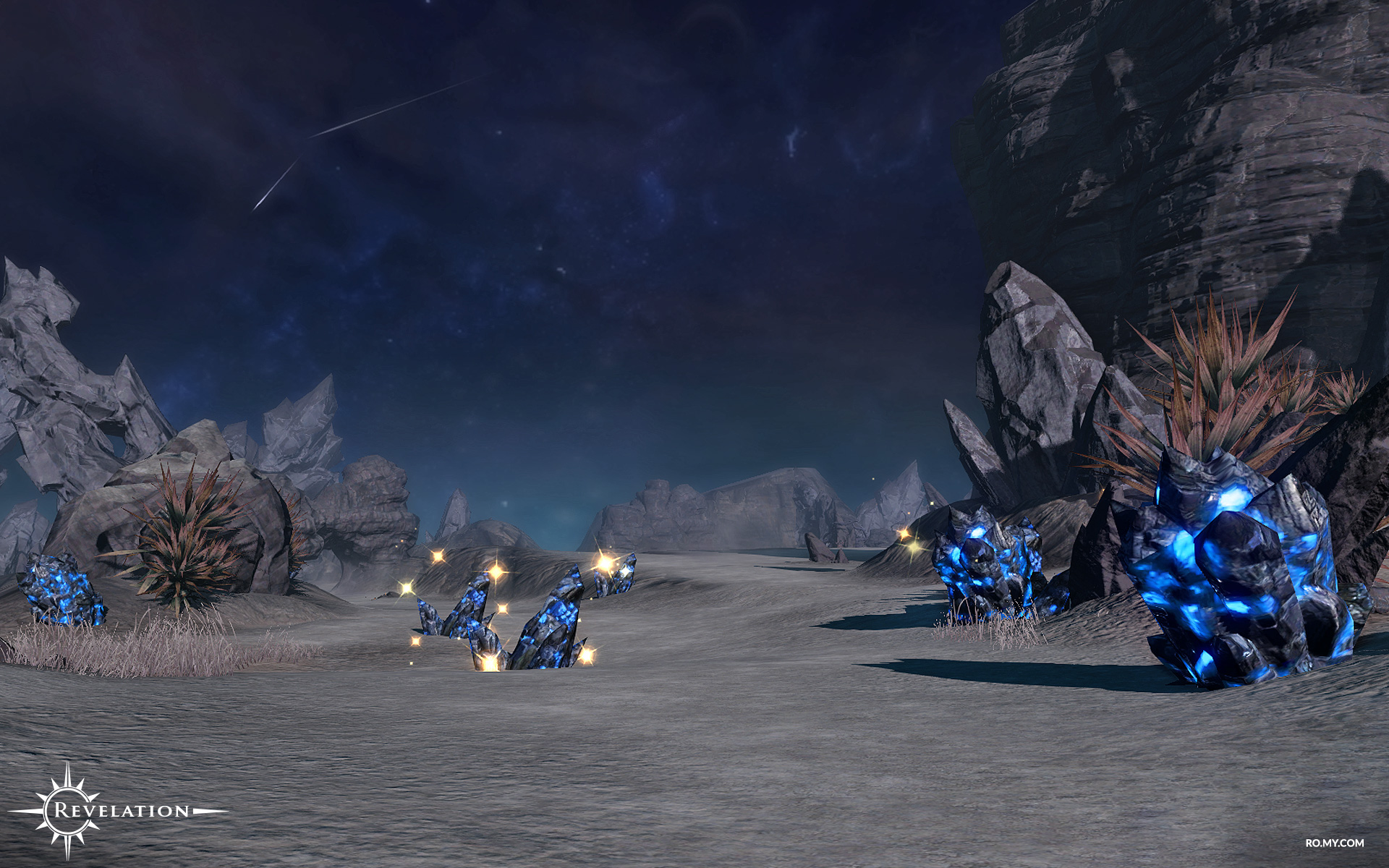 Each instance of Starshatter can hold up to 400 players, though only 60 players from the same guild can enter the same instance. If required, the system will create more instances should battles reach maximum capacity at any point.

Once the battle is underway, killing players and gathering resources will generate team points. You will be able to review the current state of Starshatter Island via a special window, showing the score of all the present guilds, how your own guild is doing, and which guild(s) are controlling the 4 mining resource points. 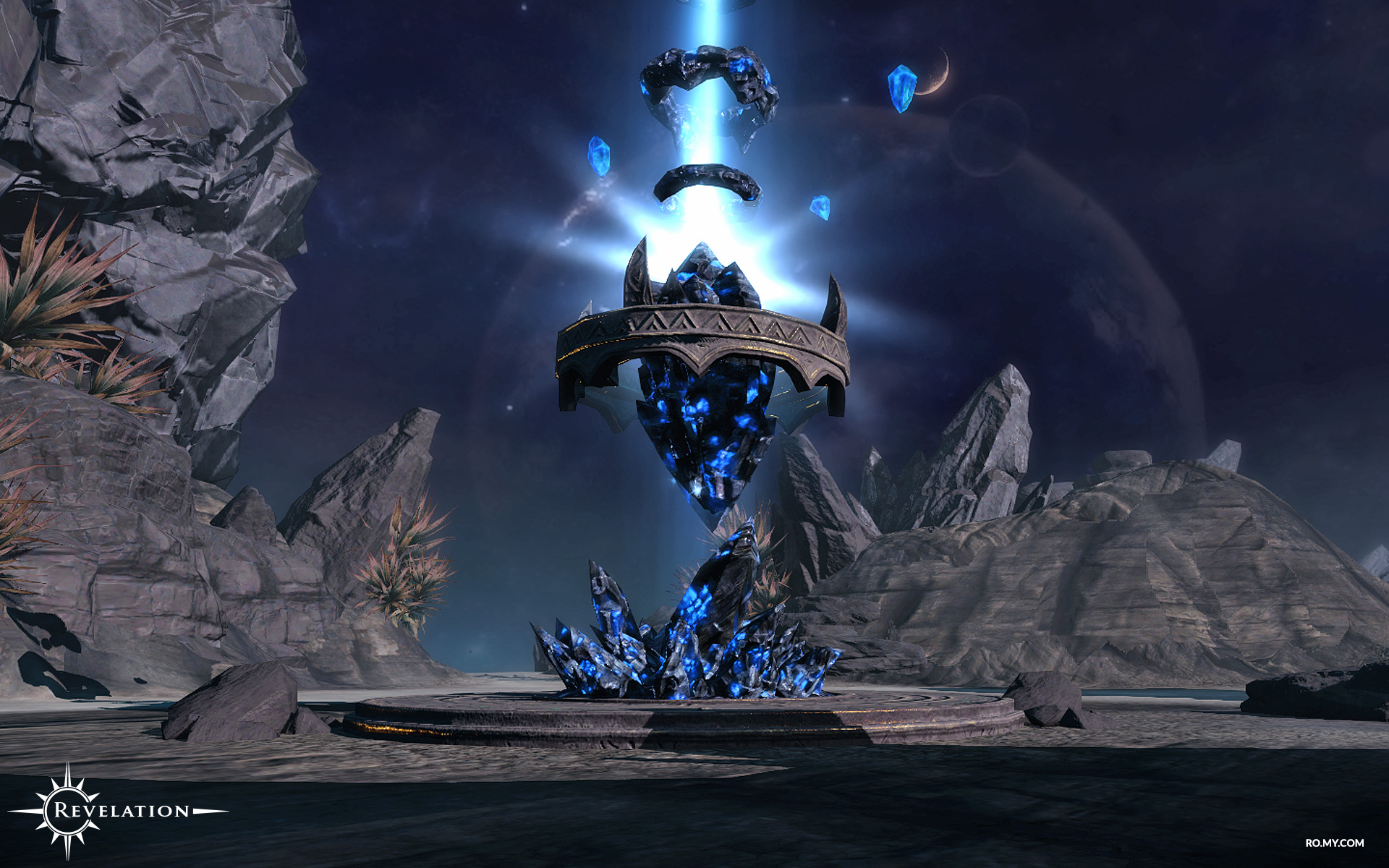 Should you perish, you will have the option of choosing where you want to respawn, just like Deathly Atoll. Simply click on the Blue angel icon of choice to respawn.

The mining resource points are located in the four corners of the map. Outside of these, random crystals can also drop from the sky which the players can mine for additional points. However, you'll need to accept a quest before mining. Fight and gather your way to victory and claim what is rightfully yours! 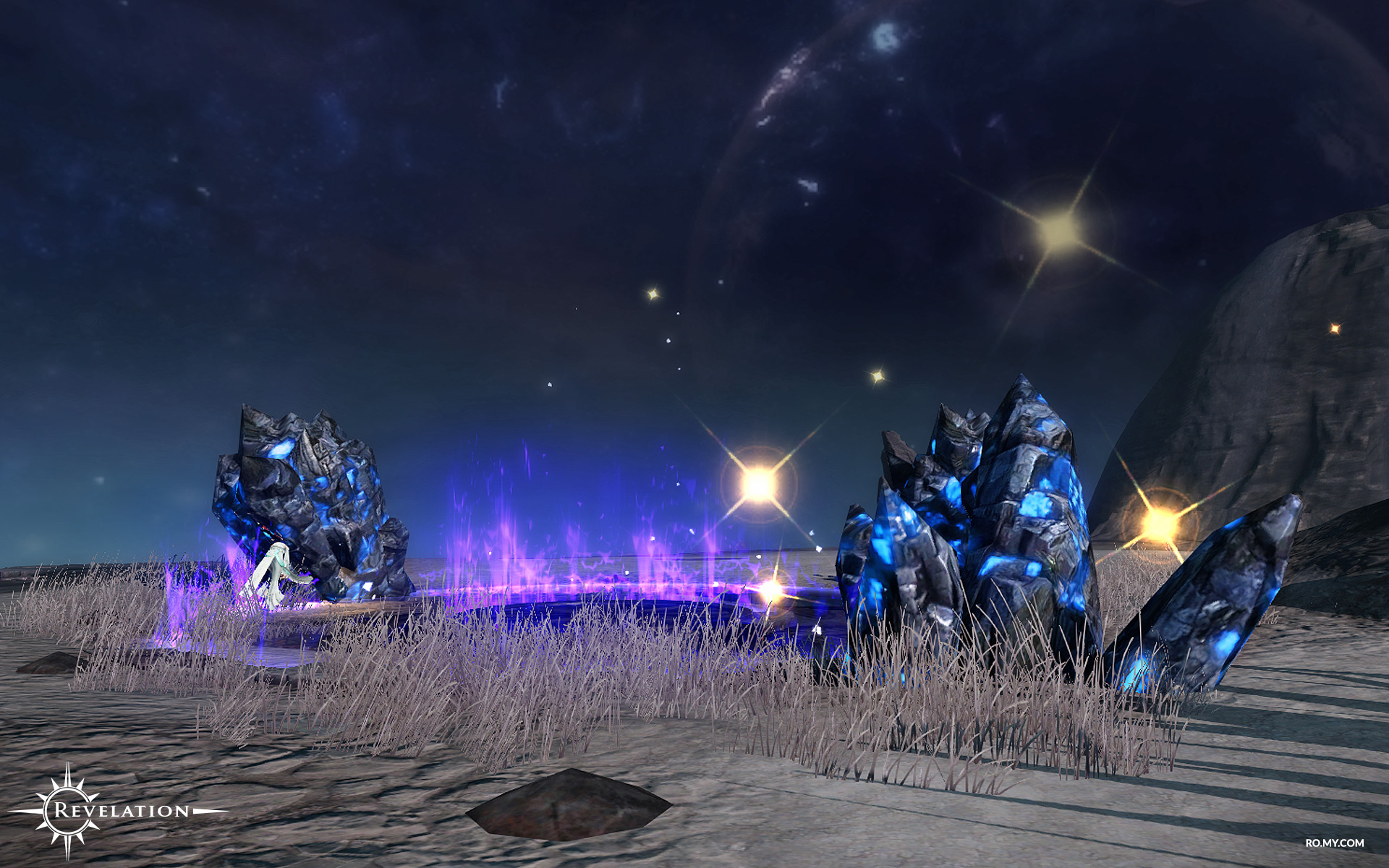 Now that you understand the goal, it's time to put out the call and rally your best combatants for the wars to come. We wish you good fortune and fun in your upcoming battles - fight well, hero!