Might Score is a basic tally system – a counter that increases every time your Combat Power is improved in one way or another. As an overall strength-check, it is used to determine whether a character is strong enough to certain in-game content, typically raids. 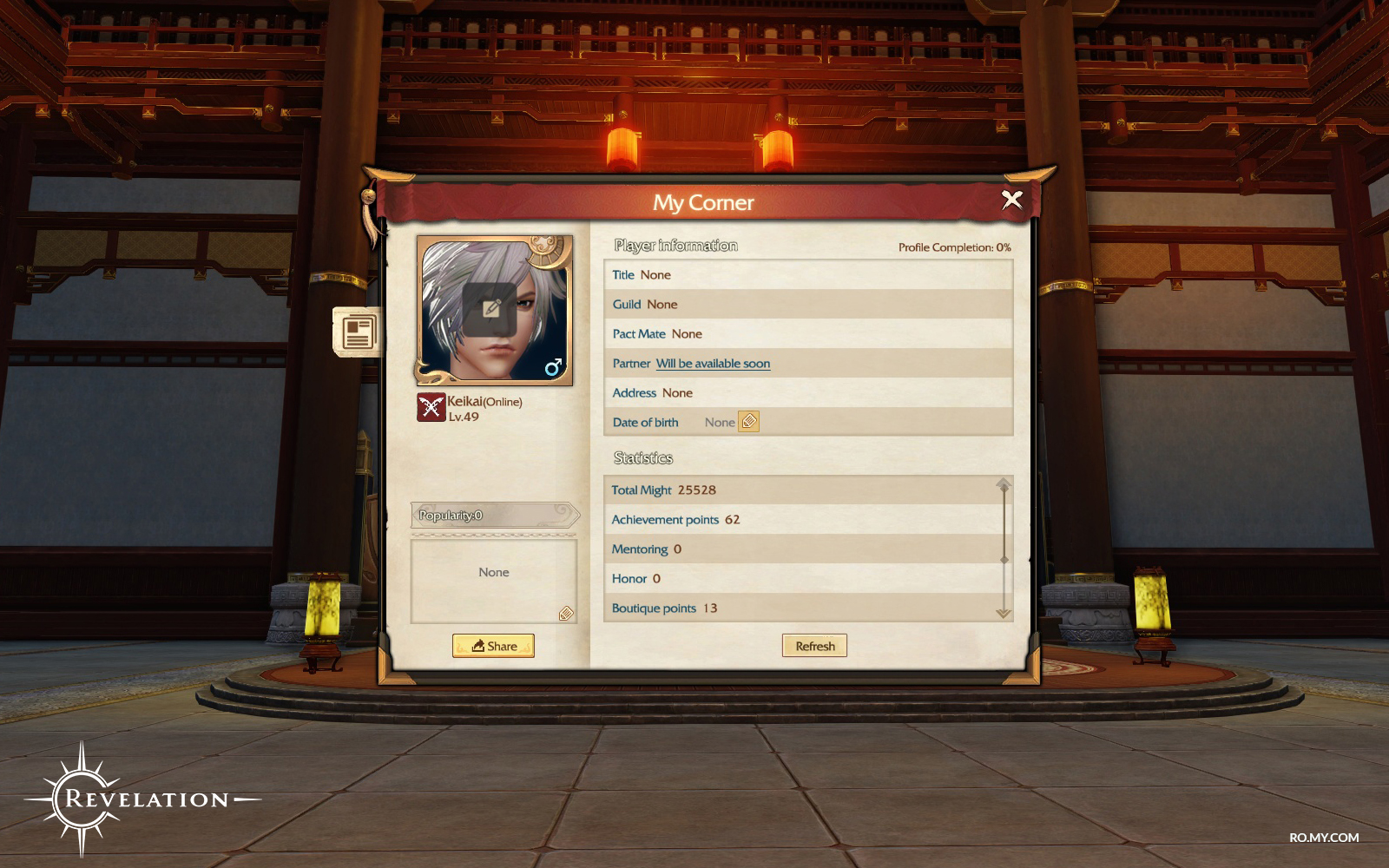 There are many ways in which Might Score may be influenced and those who hone it to top-notch levels are eligible for great costume-based rewards. Interested? Well then, let’s see how you can get mightier.

Good old fashioned ‘leveling up’, which can be monitored by pressing “C” (Character Window) or by viewing the number near your HP bar (top-left of screen by default).

Your Character Path can be unlocked by performing certain requirements, and its improvement also increases your overall Might Score.

The better the soul grid, the more might it will give – same also applies to the bonuses.

Special Skills are one of the best ways to increase Might Score. For each level you gain you will obtain a certain amount of Might. The higher the level of your skill, the more Might you will receive. 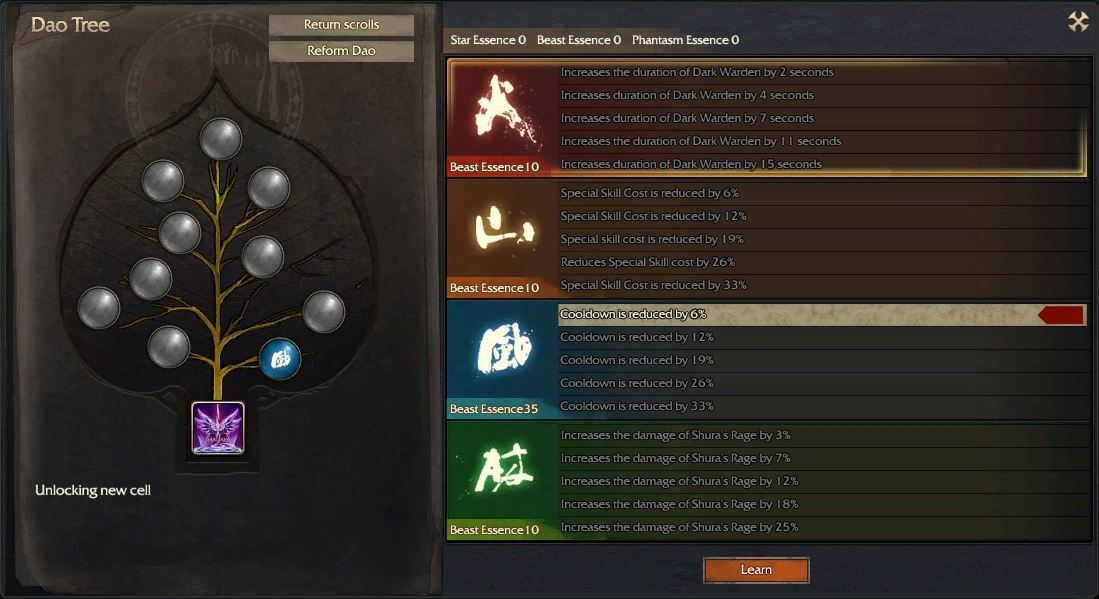 NOTE: 3-star skills give more Might than 1-star skills. In addition, Dao Tree also applies – the more Dao you have cultivated, the more might you have.

Upon reaching a certain quantity of skill cultivation points, you will unlock passive skills which also improve your Might Score.

A Guild related system (located under C – Progress). Players can acquire Character Cultivation by upgrading the Cultivation Space (in Guild Base) and unlocking the respective cultivation.

By improving any and all of the above factors, your Might Score will naturally improve, allowing entry into tougher content and raising your eligibility for potential rewards. 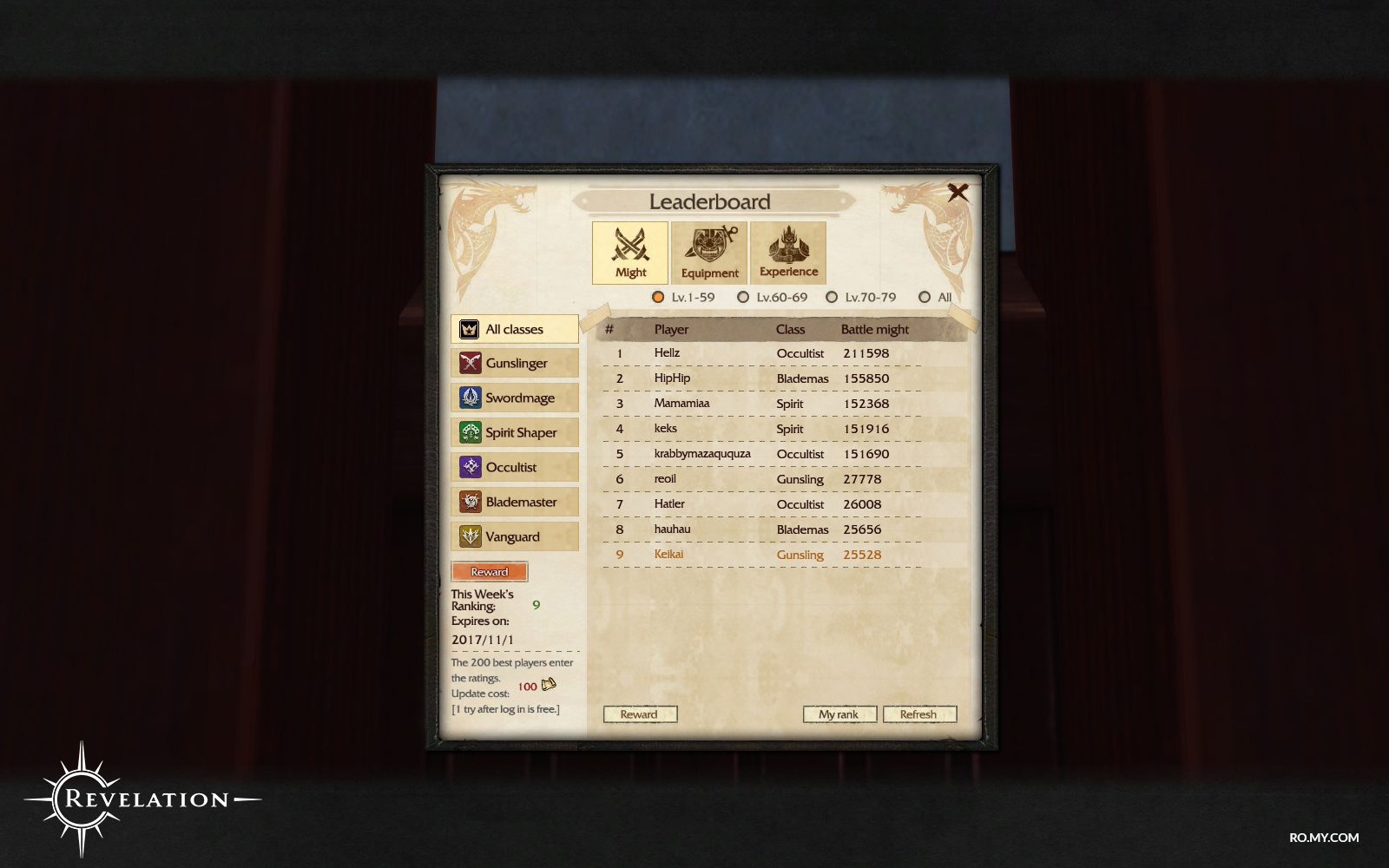 The top 10 players of each class will be rewarded with temporary (one-week) costumes for their respective classes every week. You can check the Might ranking at the Ranking Announcer [Sulan Elite Quarters (5537, -1267, 56)]. 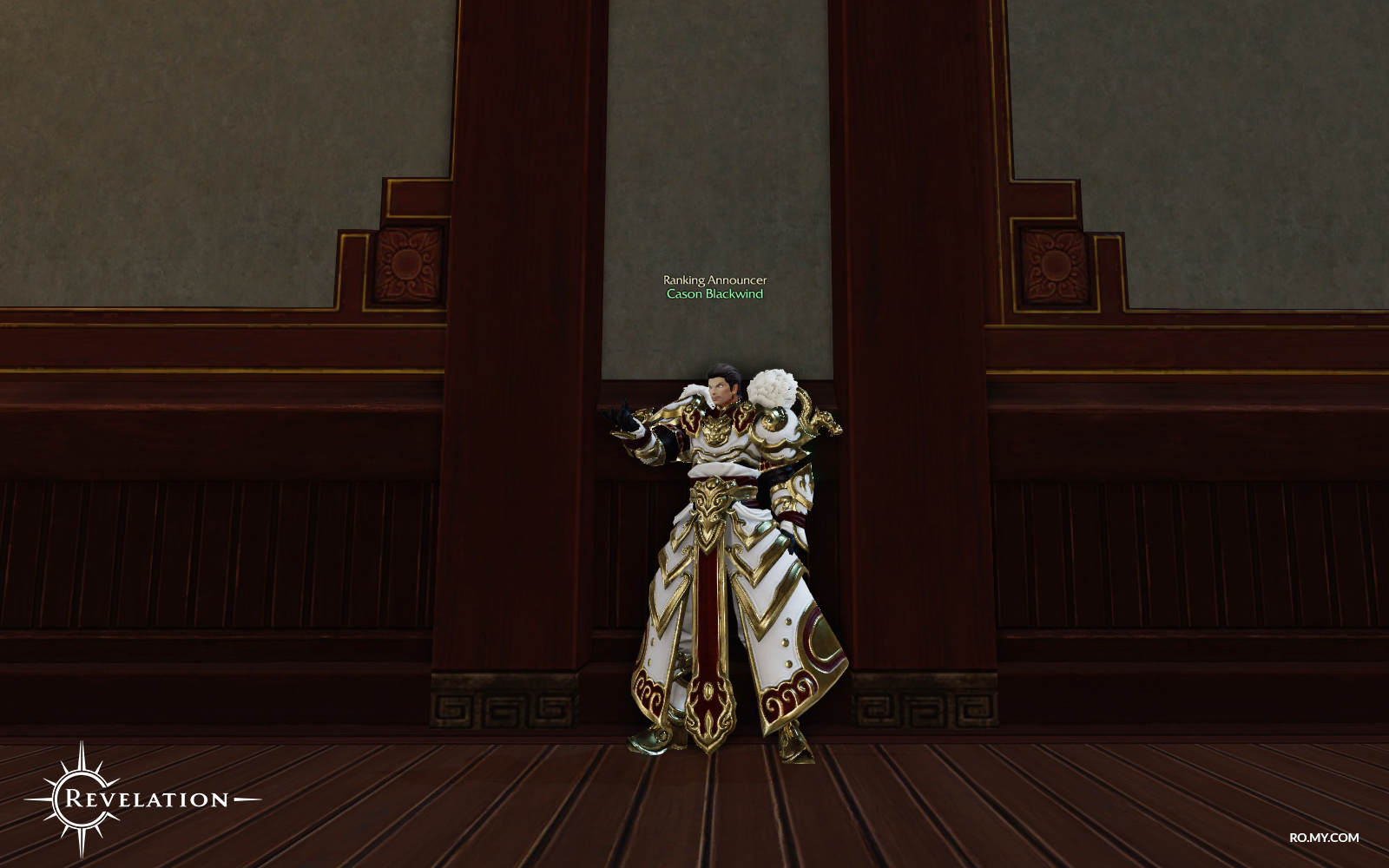 During your adventures in Revelation Online you’ll have discover a vast range of possibilities to grow into a truly mighty hero! Learn more about the Character Development System now!

Learn more about the in-game shop and the glorious treasures to be found in it.